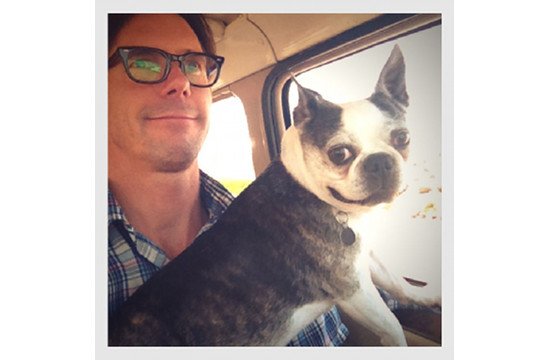 Whitey has seen the light, and it’s got a bright, shiny tone to it. The light is humble, the bicoastal hybrid production and post production company, and Whitey is Director Rob “Whitey” McConnaughy, who’s just joined its directorial roster.

Whitey joins from Hungry Man, where he’s been represented for the past several years.  Prior to that he was with represented by Believe Media.  The announcement of his signing was made by Eric Berkowitz, President of humble.

At Big Brother Whitey started directing a series of clips that would eventually morph into the MTV series “Jackass.” He not only contributed to the series, but also shot and helped write “Jackass the Movie” and its sequel, “Jackass 2.”

In commercials, Whitey’s work has run the gamut from balls-up comedy for brands like Coors, Progressive, Dominos, EA and Activision to more traditional scripted spots for brands like Chrysler, Sprint, Dodge and Honda.  Among the agencies he’s worked with are Wieden + Kennedy, Goodby Silverstein & Partners, RPA, Arnold and Crispin.  His video for Diageo’s Jeremiah Weed brand of whisky-based beverages, featuring the Texas rockers ZZ Top, won a Bronze Lion for CAA in the Branded Content category in Cannes this year.

“Whitey’s style and approach is a perfect fit for us here at humble,” says humble West Coast Executive Producer Ned Brown about the signing.  “He’s so fluent in a range of genres, and makes them all seem effortless. We’re looking forward to collaborating with him.”

Whitey says he was looking to make a change in his representation and was introduced to Brown, whom he calls “super-focused and someone who’s thinking proactively.”  As for humble, Whitey notes, “they’re set up for the way the business is going.  They’re not just planning for the future, they’re ready for it.”

Having the ability to shepherd projects all the way through from pre-pro to post under one roof will give him maximum flexibility, Whitey adds.  “You can factor that into your bid going in, and account for it in terms of your creative approach to a job,” he says.  “From the outset you know how you’ll be able to accomplish each project from start to finish, and that’s great in terms of adapting to how work has to get done now.  It lets you make sure you’re working within your budget without sacrificing quality control.”

In addition to his skateboarding chops, Whitey also has deep roots in music, having directed videos for a number of punk and indie artists such as The Gossip, Band of Horses, Red Fang and OFF.  His work in this genre reflects his taste for guerilla filmmaking, often revealing a ‘DIY’ sensibility marked by outrageous concepts produced on shoestring budgets.

His “Crossed Wires” for Superchunk (watch it at http://vimeo.com/22725403), which neatly parodied the internet’s obsessive fascination with feline videos, was named one of the top clips of 2011 by the music sites Pitchfork and Paste, and was covered by everyone from the Huffington Post (which said “it does to crazy cat videos what ‘Avatar’ does to blue people”) to Comedy Central’s “Tosh.0,” Rolling Stone, the Village Voice and VH1.

The director says he expects his relationship with humble will mirror his success with concept-driven music videos. “Everyone at humble understands that our work now has to succeed in so many different formats and channels, from long-form content to social media,” he says. “And we all share the desire to go after really creative stuff.”

And similar to his experience with bands, Whitey feels the humble crew will share his enthusiasm, which also bodes well.  “I like working with people who are super-psyched about the projects we’re working on,” he says, “because then you know it’s going to be good.”

humble is represented in the East by Hustle, in the Midwest by Obsidian and on the West Coast by Siobhan McCafferty & Associated.