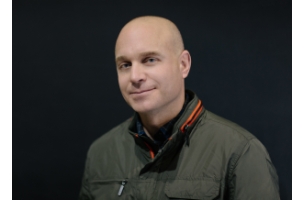 Matt Miller, President and CEO of the Association of Independent Commercial Producers (AICP), today announced that Rob Reilly, Global Creative Chairman of McCann Worldgroup, will serve as the 2015 AICP Next Awards Judging Chair, and Master of Ceremonies at the AICP Next Awards presentation.

“The AICP Next Awards celebrates the best ideas.  Ones that define what’s possible and showcase how brands connect with consumers on all the platforms,” Reilly said.

In addition to selecting the judges for their respective categories, the Jury Presidents serve on a Curatorial Committee that selects the Most Next Award (the top prize for the Next Awards) from among all of the categories, as well as review the findings of each jury to ensure proper eligibility and appropriateness to category. Joining the Jury Presidents as Curators will be Gerry Graf, Founder and Chief Creative Officer of Barton F. Graf 9000 (and a past Next Awards Judging Chair) and Tiffany Rolfe, Partner/Chief Content Officer at Co:Create (and a past Jury President of the Cause Marketing category).

“Rob has a long history of innovative, groundbreaking work,” added Miller. “His involvement in the Next Awards includes stints as a judge and as a Jury President. This past experience makes him the perfect fit for the role of Judging Chair.”

At the AICP Next Awards presentation, winners of the Integrated Campaign category present cases & studies exploring the creative and strategic thinking behind each winning piece. The work of the AICP Next Awards winners, along with that of the honorees of the AICP Show, The Art & Technique of the American Commercial, becomes a part of the archives of The Department of Film at The Museum of Modern Art in New York City.