RMW Music Hits Some High Notes at the Marketing Awards 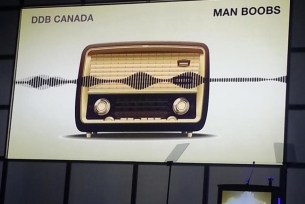 The 93rd Annual Marketing Awards were held in Toronto. The show, held annually at Toronto’s historic event space The Carlu, celebrates the most creative advertising and marketing in Canada.

Toronto-based RMW Music had a pretty stellar night. Not only were they honoured by two Craft Awards, one for Music and another for Song Writing, but work they contributed to picked up a total of 9 awards including one gold, two silvers and six bronze.

The Craft trophies were for DDB’s campaign for K-Y. The first was in Music for “Warm Up the Love,” and the second was in Songwriting for “Man Boobs.” The smooth sexy slow jams featured throughout the campaign were all created by RMW producer Dustin Anstey and engineered by Kyle Gudmunson and Ryan Chalmers.

“I'm very proud of our team for all the hard work each one of them put into these campaigns, said Ted Rosnick, CEO, Producer and Track Director, RMW Music.  “It's an honour to see all of that hard work rewarded with wins at last night's Marketing Awards and we would like to congratulate everyone involved in putting together the winning work on a job very well done. Great things happen when you collaborate with great partners."

Here’s a round up of their other wins:

And finally, FCB Toronto’s “The Me Inside” spot for PFLAG Canada nabbed a bronze in the Public Service - Radio category, with Ted producing and sound engineering by Art Mullin.