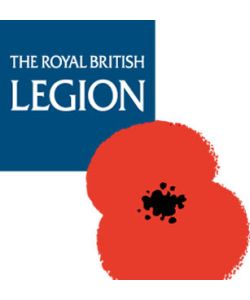 Rainey Kelly Campbell Roalfe/Y&R has been appointed by The Royal British Legion to handle the charity’s communications brief, including the advertising account for fundraising and the Poppy Appeal, following a pitch.

RKCR/Y&R competed against Beattie McGuinness Bungay, and M&C Saatchi in partnership with Lida to win the business, in a pitch process handled by Oystercatchers.

RKCR/Y&R will develop a new positioning for the brand that reaffirms the Royal British Legion’s critical mission and positioning as the UK’s leading armed forces charity, and reframes what this means in 2014.

The Royal British Legion is generally associated with the Remembrance of World War I and World War II, but future communications will aim to emphasise the vital services the charity provides, such as the rehabilitation of injured servicemen and support of their families.

Rupert Williams, Managing Director of RKCR/Y&R, said: “Most people who buy a poppy don’t know where their money really goes. If they knew that most of it goes towards supporting today’s injured servicemen, then the Poppy Appeal would gain greater relevance to a wider audience, in particular younger people, and increase donations. We are incredibly proud to be given the opportunity to help make that happen.”

Charles Byrne, Fundraising Director for the Royal British Legion, said: “It was a very rigorous and thorough pitch process and with Oystercatchers’ guidance we were lucky to be working with three outstanding agencies. In the end, it was the combination of their clever, creative and courageous work that won Rainey Kelly Campbell Roalfe/Y&R the pitch.”