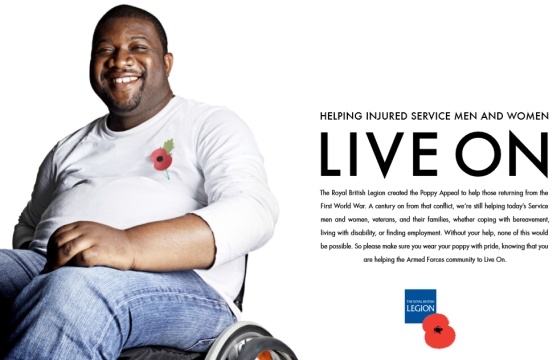 The Royal British Legion has launched a new print campaign shot by Rankin celebrating the armed forces community the charity supports with the money it raises.

The “Live On” campaign, created by Rainey Kelly Campbell Roalfe/Y&R, puts the injured service personnel and families who benefit from the Legion’s support centre stage. The campaign is running across press and outdoor.

The Poppy Appeal campaign follows the recent successful Every Man Remembered campaign which encouraged the nation to join the largest act of remembrance the UK has ever known using attention-grabbing headlines such as “Remember Harry Styles” and “Remember Alex Ferguson”. 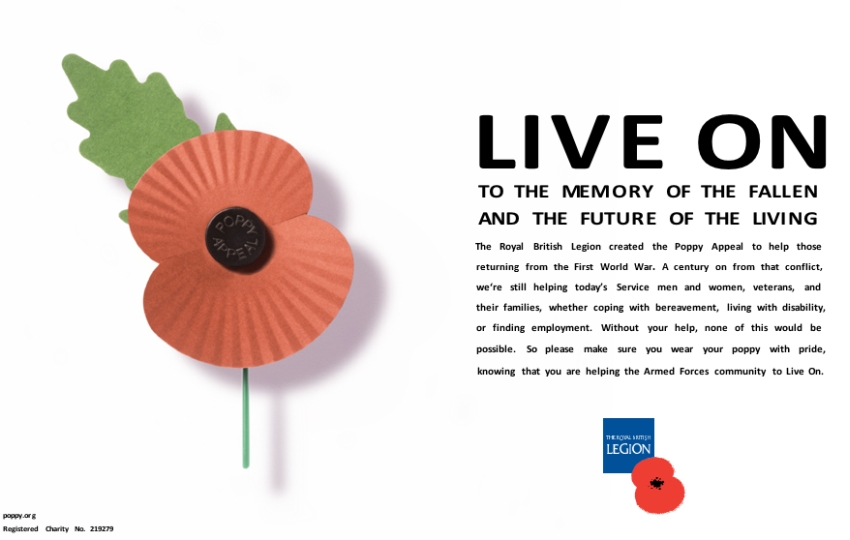 In the Centenary year of the First World War, “Live On” aims to underscore The Royal British Legion’s relevance to the nation and to help people understand all aspects of its work, uniting their twin commitments – to the memory of the fallen and the future of the living.

“Live On” will be phased in gradually across all the Legion’s materials, communications, channels and events.

Gary Ryan, Directing of Marketing for The Royal British Legion said: “RKCR/Y&R were given a brief to help the Legion refresh its brand and broaden the public’s understanding of our dual role as the Custodian of Remembrance, and a support charity helping Armed Forces personnel, veterans and their families through the difficulties life can throw at them. 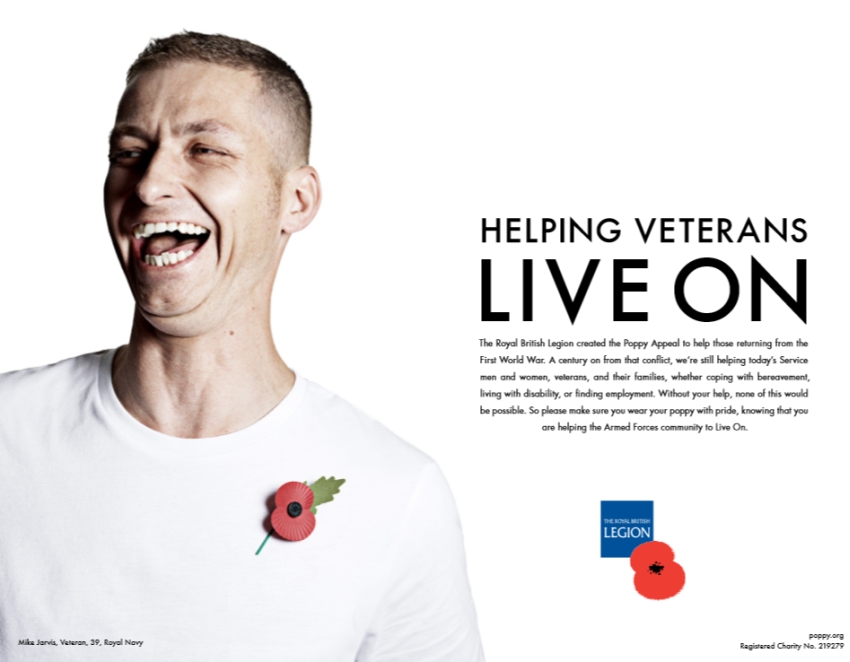 “Live On resonates with the charity at a fundamental level and perfectly encapsulates both sides of our work. It will be the basis of our refreshed position and rolled out on a longer term basis across all of our marketing platforms, as well as embedded in the organisation’s culture.”

Charles Byrne, Director of Fundraising for The Royal British Legion said: “The Poppy Appeal 2014 will have Live On at its core. The campaign introduces a fresh, modern and hopeful expression to our Poppy Appeal advertising, which we hope will better articulate the work we do and strengthen the Legion’s case for support.

“Rankin’s photography is truly excellent and really brings out the characters of our beneficiaries who kindly agreed to let us tell their stories to demonstrate how the charity helps people to ‘live on’. We are excited about the unveiling of this campaign, and look forward to the annual buzz the Poppy Appeal advertising creates.” 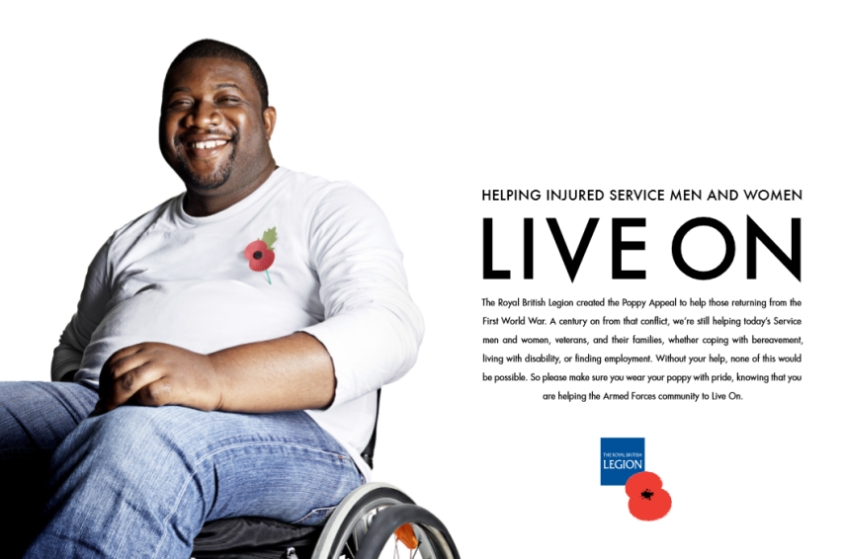