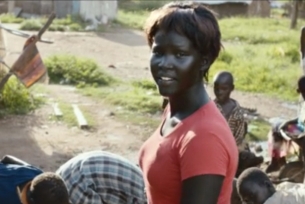 On the eve of the UN General Assembly in New York, as the world prepares to confirm its commitment to ending extreme poverty, Oxfam launched a new TV-led campaign urging everyone to work together to make this dream a reality in the next 15 years.

Using real voices from some of the most challenging places in the fight against poverty, as well as ordinary people here in the UK, ‘We Won’t Live with Poverty’, by Rainey Kelly Campbell Roalfe/Y&R, tells viewers: “In just 15 years, extreme poverty has been halved - in the next 15 it could be gone”.

The campaign centres on this key statistic from the UN, and urges people to act together to solve the injustice of poverty starting now. The people in the TV ad, are all fighting to end poverty with Oxfam, in South Sudan on the banks of the Nile, in the Za’atari camp in Jordan, in Kathmandu, Nepal and in communities across the UK.

The campaign offers the vision and human case for action to sit alongside the familiar, heart-rending fundraising stories, shining a positive light on the fact that it is possible to beat poverty if we all stand together.

Jack Lundie, Oxfam’s Director of Communications said: “This uplifting film is a simple rallying cry that adds powerful voices to the increasingly loud call for our generation to be the one that ends the outrage of extreme poverty. We won’t live with it, we know we can beat it and if we all work together, there’s no reason we can’t be the generation to end it.”

Alison Hoad, Vice Chairman, RKCR Y&R says “The positivity and humanity we witnessed when we met and filmed people working their way out of extreme poverty was truly humbling. If we act now we can end poverty for all and we hope this film will make people do just that"