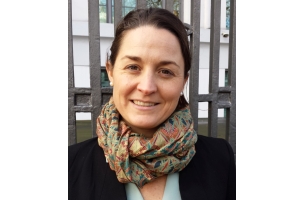 RKCR/Y&R has strengthened its management line-up with the appointment of Lucy Taylor to the role of Head of Marketing & New Business.

Taylor, who will report to chief executive Ben Kay joins from Brothers & Sisters where she had worked for six years, most recently as Business Director on the agency’s flagship Sky account. She also ran the Unilever Impulse and Teenage Cancer Trust business.

For the past six months Taylor also took responsibility for new business at Brothers & Sisters, leading the agency on a successful run of wins that culminated in the capture of the £10 million Carphone Warehouse digital and content business. This followed notable account wins including Sony PlayStation, Café Direct, and Virgin Active.

Taylor’s appointment follows a thorough search by RKCR/Y&R for a permanent Head of Marketing & New Business. During this period, Mark Robinson joined the agency to oversee the role in an interim capacity. Account wins in 2014 included the £30million Cabinet Office ‘Great Britain’ task of promoting the UK overseas and the Royal British Legion business.

Robinson will continue to work with the agency on creating events to build its profile following the success of initiatives such as its British Brands conference in September.

Ben Kay said: “It’s fantastic to be able to welcome Lucy to the agency.  She brings drive, experience and a track record of marketing and new-business success to the agency. I know she’s going to be a fantastic addition to the team both professionally and culturally.”

Taylor’s appointment follows the hiring of Helen Jeffries in September to the new role of Head of Talent. Jeffries, a former New Business Director at the agency, returned to take on responsibility for attracting and keeping the industry’s top talent.