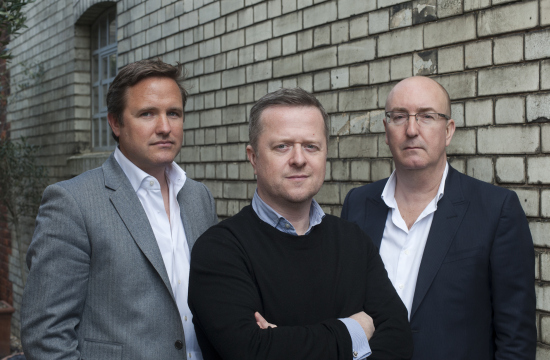 RKCR/Y&R, the London agency in WPP's Young & Rubicam network, has announced that its new Executive Creative Director is to be Mick Mahoney.  He joins from Havas Worldwide London where he has been ECD since 2009.

He will be charged with producing advertising and creativity for some of the biggest brand names in Britain, including Marks and Spencer, Lloyds Banking Group, Virgin Atlantic, Vodafone, Land Rover and the Government.  RKCR/Y&R is the fourth biggest ad agency in the UK with billings of around £250m.

Mahoney is a multi-award-winning copywriter, creative director and ECD, with a host of wins under his belt including a Cannes Grand Prix for Stella Artois, Cannes Gold for his work for Johnnie Walker, Nike and Hamlet, as well as five D&AD Pencils and four golds from the BTAA.

During Mahoney’s tenure at Havas Worldwide London the agency has enjoyed their most creatively-awarded period in over two decades, winning across a broad range of categories from branded content, technical innovation and game design to social media, interactive and film. In 2012, they were awarded with two D&AD pencils - the agency's first ever.

Before joining Havas Worldwide London, Mahoney was a creative director and board member of BBH from 2006 to 2009. Originally a copywriter, he has worked at world-famous London agencies including Collett Dickenson Pearce, Lowe Howard-Spink and Simons Palmer.

He takes up the RKCR/Y&R ECD seat vacated by Toby Talbot who left the agency earlier this year to return to his native New Zealand with his family.

Agency founder and Chairman Mark Roalfe commented: "I’ve long been a fan of Mick's.  He has an undisputed creative pedigree and has done a great job turning round the work at Havas. To top that, he is a charming, lovely chap who will fit in well here culturally.”

Mahoney added: “RKCR/Y&R is an irresistible opportunity. Great brands, great people and a huge appetite for great work. I've had an incredible time at Havas and am proud to be leaving it in a much stronger place than I found it.”