Relationship between River Island and Google was brokered by Mindshare 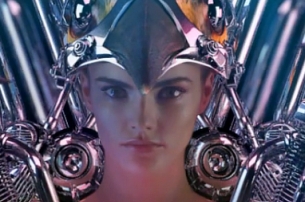 To celebrate the launch of their Design Forum x Jean-Pierre Braganza collection in February, River Island has partnered with Google to develop an AR experience with Google Cardboard. The relationship between River Island and Google was brokered by Mindshare.

The interactive film content can be accessed via a supporting app which can be downloaded from the Google Play and iTunes app stores for use with Android or iOS smartphones or devices.

The film VR app will be revealed at the Fashion Film event during London Fashion Week on the 23rd February, allowing users to be fully immersed in a 360 film experience they can interact with.

Users simply download the app and insert their phone into a cardboard headset, which enables them to view content as a virtual reality experience. Once users have completed the experience they will be able to share a 3D image of the Kingfisher Bird from the iconic design across their social platforms and shop the collection.

In addition to the breakfast screening, River Island and Google will host a ‘Google Hangout’ on 25th February inviting key industry experts from each field to answer questions posed about the merging of Fashion, Film and Tech industries and how they drive and inspire each other.

Ben Lewis, CEO of River Island said, “We are excited to be the first fashion brand to pioneer the use of Google’s new virtual reality technology within the fashion arena. Since the start of Fashion Film, we’ve sought to explore and build on the relationship between fashion and film and now with Google Cardboard via handheld mobile, we are able to reach new technological heights for the viewer.”

Peter Fitzgerald, UK Sales Director, Google said, "We're delighted to see River Island using Google Cardboard to create such an innovative, immersive and interactive piece of film, turning their customers' smartphones into a virtual reality experience. It's a great example of how fashion and tech continue to drive and inspire each other."

Matt Andrews CSO of media agency Mindshare UK said, “Media is changing at a rapid pace; projects such as this, which bring together content and technology, are how media agencies need to be adding value to clients in the future. The deal allows River Island to showcase its tech and fashion-forward credentials as the fashion and technology worlds grow ever closer.”