Celebrity-driven spot highlights significance of the game in American culture 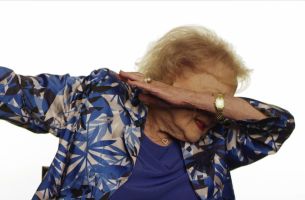 Ripcord Creative, a content production and post-production studio, recently worked with CBS Sports to create the celebrity-driven Game Open (or 'Tease' as it's known in the sports television industry) for Super Bowl 50. The promotional centerpiece of the pre-game broadcast, it highlighted the significance of the game not only to American culture, but also to the players who earned their spot on professional football's largest stage.

The open, which runs just over three minutes, starts with dozens of notable celebrities sharing their favourite Super Bowl memories. From Whitney Houston’s rendition of the national anthem to David Tyree’s unforgettable “helmet catch,” the celebrities recount the most memorable moments of Super Bowl's past.

“We wanted to give the sense that the Super Bowl has permeated every facet of American culture in its 50 years,” says Anthony Cortese, Ripcord Creative Editor. “The idea was to give this a real sense of importance – to remind viewers that Super Bowl 50 was way more than just another championship game.”

To up the celebrity factor, the team decided to imply that Ron Howard was directing the piece. In order to achieve this, Pete Radovich – creative director at CBS Sports and the true director of the tease – had Howard come out from behind the camera to interrupt Kevin Bacon mid-interview and insist they needed to go in a bigger direction. At this moment, the mood of the piece changes and the focus shifts from celebrities to the true stars of the day – the players themselves.

This transition introduced one of the biggest editing challenges of the project: seamlessly integrating Ron Howard with the interview footage of players. This was accomplished through the use of a plate shot, which was then married with a green screen shot of Cam Newton who was sitting down in an entirely different set. Another big challenge in the creation of the tease: time.

“Time is always the most challenging part of any project for sports TV,” says Cortese. “We’re always trying to push the boundaries of what can be accomplished on a relatively small budget with almost no time. It’s the nature of sports television, and it can be simultaneously terrifying and thrilling.”

Overcoming this potential obstacle was made easier by the fact that Cortese and Radovich have been working together for almost a decade. Their past projects include an Emmy-winning piece for the Final Four and a sports documentary titled “A Game of Honor” that was produced for Showtime. The pair’s knowledge of each other’s workflow helped get the Super Bowl piece produced in the tight timeframe allotted.

While the work began in Ripcord’s edit suites in New York City, the bulk of the editing took place in Santa Clara, CA, the site of the Super Bowl.

“I’m thrilled to report that we moved the whole thing across the country – with the help of an amazing assistant editor – without so much as a hiccup,” concludes Cortese.