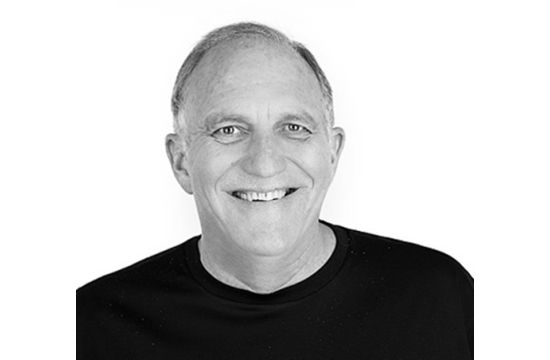 The craft of advertising is something that is very close to Richard O’Neill’s heart. He’s spent 30 years on both the agency and production company sides of the fence and has seen the production landscape change dramatically. Next week he’s going to take to the stage in Berlin to tell the audience at Ciclope just why craft still matters – but first he’s given LBB’s Laura Swinton a sneak preview.

LBB> Your talk at Ciclope is called ‘Why craft still matters’ – why does it?

LBB> During the talk you explore the Apple Grand Prix winner “1984” – what were the key challenges you faced from a production POV and what led to the project coming together in such style?

RO> My biggest challenge was getting the job booked and finished before the Super Bowl.  I recommended Ridley Scott to direct based on his recent work on the science fiction themed “Blade Runner” and “Alien” as well has his background as a top advertising director.  Once Ridley was booked all fell into place.  From a production point of view Ridley and the team he hired for production and post were the industry’s best. Through producing, casting, set design, cinematography, wardrobe, makeup, editing, sound design and post effects Ridley and his team brought the agency story alive with masterful style.

LBB> You’ve been at TBWA\Chiat\Day for over 30 years – how has the production department within the agency evolved in that time?

RO> When I first started at TBWA\Chiat\Day there were only a handful of producers at our office in LA.  The production department at TBWA\Chiat\Day I oversee is now almost as large as the entire LA agency was over 30 years ago.  Over 30 years ago we did advertising that ran primarily in the USA.  Today we’re often called upon to produce global work for many brands.  An integrated campaign in the past for a Broadcast Producer was a television commercial and a radio commercial.  Today an integrated campaign requires production to create work for a plethora of media outlets.

LBB> In terms of young producers entering the agency and learning the ropes, how do you (personally and as a leader) help them nurture their abilities and navigate the ever-evolving production landscape?

RO> Many of the producers trained at the agency over the last 30 years are now Heads of Production, Executive Producers, Senior Producers and Producers of note in the industry.   They came to me with a passion to do great work.  With each new generation I select an inspired handful who want to learn about production, create, and ultimately produce.  Those at entry level work and learn from me as Broadcast Assistants until they’re ready to be promoted to an Assistant Producer.

I have always personally produced a number of projects a year so that those I’m teaching can see and learn from my jobs first hand.  Once they’ve proven themselves with me they then are assigned to an Executive or Senior Producer whose duty it is to further their education.  Fortunately we have many domestic and multi-national brands that require production knowledge of all media deliverables.  Those starting in production at our shop have the opportunity to learn all from the best.

LBB> What’s the one piece of advice do you wish you’d been given at the beginning of your career?

RO> Be happy at what you are doing and all else will follow.

There are always options.

LBB> How did you first get into production and advertising?

RO> Shortly after getting my graduate school degree in Communication Arts, a graduate school teacher who was a producer at DDB recommended me for a job as producer.  After a few years producing at DDB I left the agency and took a job overseeing all production and editorial at a large LA production company.  Having worked both the agency and production side of the business I later decided I liked the agency side of the business the best and accepted a job offer from TBWA\Chiat\Day.

LBB> The whole ad industry has felt a financial squeeze but perhaps none more so than the craft and production side of things – what do you feel have been net effects of this?

RO> All global manufacturing has been financially squeezed over the last number of years yet we are enjoying a wealth of finely crafted products in areas such as medicine, telecommunications and transportation.  With new advances in hardware and software in our industry we are now able to craft never before imagined visuals and sounds.  New advances in cameras, shooting platforms, post effects software and hardware have given us the ability to create more than ever imagined.  The financial squeeze has forced inventions that ultimately have helped us create more than ever imagined and now with much more efficiency.

LBB> The birth of the ‘viral’ perhaps heralded an appetite for cheap and cheerful content – as bandwidth expands and resolution increases and we become addicted to high quality visuals on a multiplicity of screens and devices… how is that affecting the importance of craft and production?

RO> I believe that ‘viral’ content is in its infancy.  We will look back at many of the new media productions as we do early television when comics made us laugh, dancers tap-danced and musicians played their accordions all in black and white with flat television lighting.  As television has evolved so has the story content and craft.  The same will be true for ‘viral’.  The more an audience tunes in to view a greatly crafted storied piece of content the more a brand and their advertiser will want to finely craft their next content piece.

LBB> One thing that we’ve picked up on is that quite often account execs and creatives are often pretty ignorant of the actual process of production – the knock on effect being that unreasonable client demands and decisions made too late in the process, causing a headache for producers. Is this an issue you’ve experienced? And if so how do you think the industry can address it?

RO> Everyone needs to be educated.  It is imperative that the creative, account and clients are taught and understand the overall production process and then the specifics of each production at hand.  It is up to the producers to take the time to explain the schedule and point out the key approval dates.  The producer should also explain and give examples of what needs to be done at each stage of production and post. A smooth process starts in a pre-bid meeting with agency and clients, an award meeting where the suppliers’ treatments, schedules and bids are reviewed and most importantly a pre-production meeting attended by all key suppliers, agency, and the decision making client to go over all details of the production and post at hand.

LBB> Which recent projects have you recently enjoyed working on and why?

I recently was thrilled to work with director Michel Gondry on a commercial.  He’s a great storyteller, a master with effects, and a really nice person.  Michel first directed a detailed pre-vis of the commercial to help inform bullet camera placement and timing of a frozen moment.  The pre-vis was so complete it actually mirrored the final commercial in almost every detail.  Because of the pre-vis the agency and client virtually approved the final commercial before shooting began.

On a current production I’ve recommended a similar pre-vis approach but this time the director is using a motion capture stage with virtual product and virtual sets of the locations to select the camera angles, lensing and motion of each shot.  A pre-vis with the commercial timings has now been made from the motion capture shots.  Detail has been added to the pre-vis by an artist so that agency and client can see the intent of the final commercial.  We now have a very accurate timed pre-vis guide that all can approve as a very accurate guide for the shoot, edit and post effects.  As in years past I’ve spent time this year with some brilliant hard working producers and creative on a number of integrated productions and branded content shows.  I love new challenges especially with new media where we get to work with suppliers who have an understanding of and produce for the whole media arts landscape.