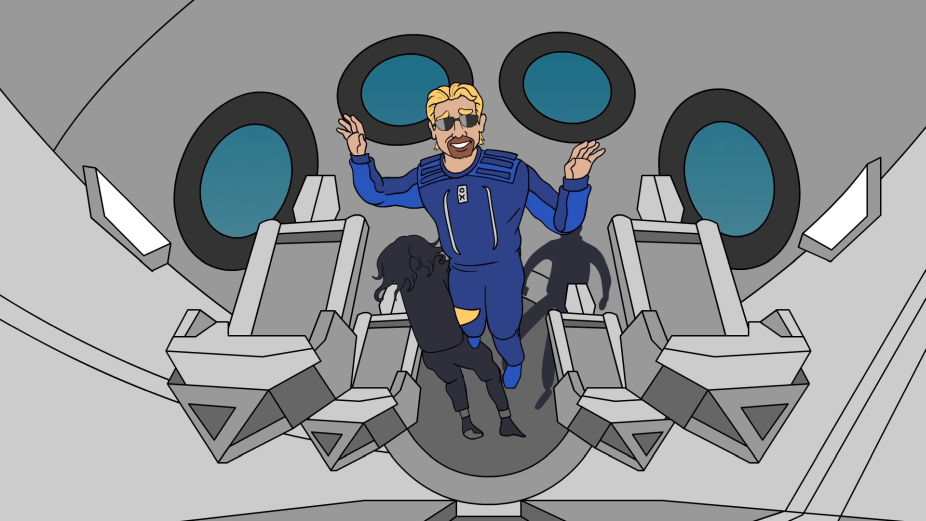 Paper Sky Films has produced a series of animated short films with Richard Branson, each telling a specific adventure in his life where, despite the outcome, the willingness to try something new and exciting remains his ultimate core message.

Branson released the newest addition to his ‘Adventure Series’, coinciding with the one year anniversary of Virgin Galactic’s voyage: 'Flying to Space'.

“Flying to space with the remarkable crew on board Virgin Galactic’s spaceship VSS Unity fulfilled my childhood dream,” Branson writes in his blog, which has served as a landing page for all of the animations. “It was an enormous team effort, standing on the shoulders of giants.”

After twenty years of planning, testing and developments, the mission above New Mexico began shortly after 08:30 EST, 11th of July, 2021. The plan for Branson was to test out the aircraft before allowing customers aboard in the near future, with an hour and a half flight that had carried him and his crew to the very Edge of Space at 100km, where Zero Gravity awaited them.

“We were signed up to produce the animations long before Richard was about to travel out to space,” producer and director Adam Young says.

“It’s not every day you find yourself assigned to an animated project based on a true story that hasn’t happened yet.”

Given the two decade-long history of Virgin Galactic and its mission to make space tourism a reality, the animation was a tricky endeavour for the Paper Sky Films team.

“The easier parts came from the footage from a well-documented event,” Young explains. “Yet everything leading up to the flight itself we had to get creative on how to visually tell the story of Richard’s dream to travel above Earth’s atmosphere, registering the name ‘Virgin Galactic Airways,’ the trials and tribulations along the way and so on.”

“It was an immediate idea to have a younger version of Richard in 1969 sat on the sofa witnessing the Apollo 11 moon landing, everything else after that we lean in to creating a time-lapse style montage depicting time flying by. Tom (animator) and I discussed films like The Right Stuff to channel a specific kind of energy and momentum to carry the audience from moment-to-moment.”

“The music was also important in creating that sense of build-up, the excitement of the flight and then the feeling of floating in zero gravity, all followed by the feel of success and the celebrations afterwards.”

Despite the success of the mission, Branson only considers this the beginning for further adventures in space for all of mankind.

“My grandkids are the only people in the world to know that I was once a good pirate dumped on an island by bad pirates. They are sworn to secrecy and have never told another soul!” Branson writes.

“Just after I flew to space, seven-year-old Etta pulled me down to her and whispered in my ear: "Papa, you must be the only pirate ever to have gone to space!” 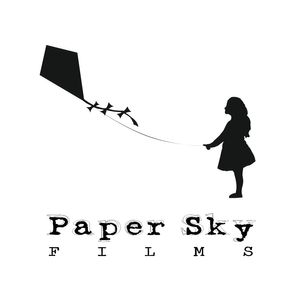 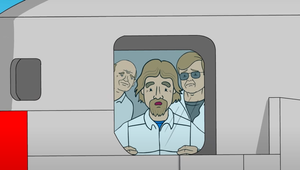 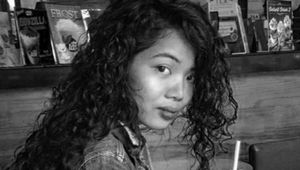 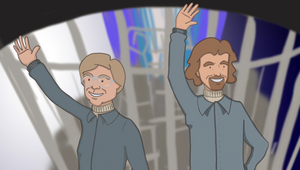 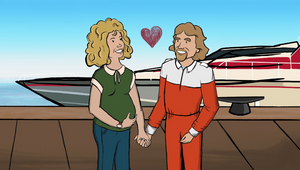 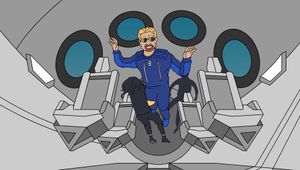 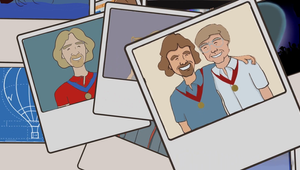 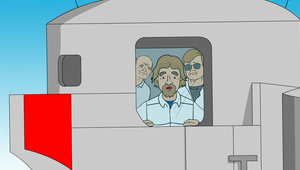 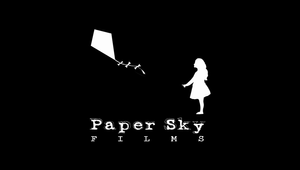