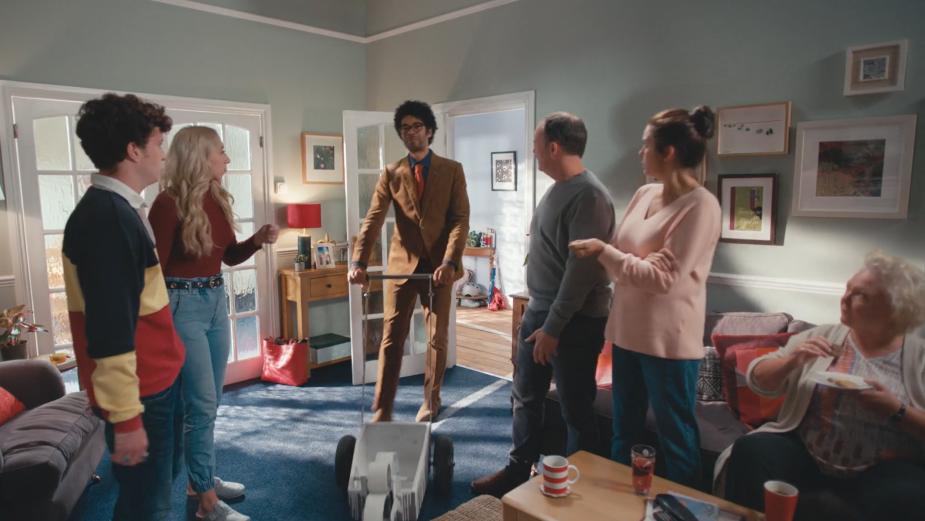 Wunderman Thompson UK has devised a new campaign for HSBC UK highlighting how physical, attitudinal, and cultural borders can act as barriers to opportunity.

Following on the heels of HSBC UK’s successful ‘We Are Not An Island’ platform, the new campaign marks the launch of HSBC’s new global purpose – Opening up a world of opportunity. The campaign explores some of the borders to opportunity that exist within our society.

The topical 60-second spot, airing on TV on 24 September, once again features Richard Ayoade and sees the British comedian point out that, while some borders can be useful, it’s not always the case.

At the beginning of the spot, we watch Richard outlining a football pitch with a traditional-looking white line marker, before veering off the pitch and dividing the spectators, underlining one of the biggest barriers to opportunity, the racial divide.

He then walks his line marker across the glass ceiling of a large corporate building calling out gender inequality, through the living room of a family who aren’t listening to each other, through a freshly painted ‘No Entry’ road marking, and across the stage at a major conference where nerves fail to hold the young presenter back, before ending up at a busy port.

Richard delivers his final message at ‘Lands Edge’, just one of the borders where the UK meets the rest of the world, “But in the end, they tend to get in the way of possibility… because, when we see beyond borders, we see opportunity everywhere.”

Mike Watson, creative director from Wunderman Thompson, says: “The UK’s future opportunities need to be different to its past. The country and its people have so much to offer and achieve if we can level the playing field and create equal opportunity for all. The campaign reflects the nation’s desire for change and helps highlight that HSBC isn’t too big to care, but rather that it’s big enough to help make a difference.”

Becky Moffat, HSBC UK’s chief marketing officer says: “Our purpose is to open a world of opportunity for our customers, and that means helping people understand and overcome some of the barriers that exist today – most of which are invisible, or we don’t see unless they affect us personally.

“We believe we have a role to play in removing these barriers; from helping people without a fixed home address open a bank account to funding scholarships for the next generation of Black students at Cambridge University, we’re determined to play our part in creating a society where there is equal opportunity for all.”

The campaign first launched across social media on Twitter on Thursday 23rd September, before going live on TV on Friday 24 September and VOD on Thursday 30 September.

TV and VOD assets will be supported by DOOH, OOH and print ads, including lines such as ‘Love knows no borders', ‘Ethnicity should never be a barrier to opportunity’ and ‘When we see beyond borders, we see opportunity everywhere’, with an audio ad going live later in October.