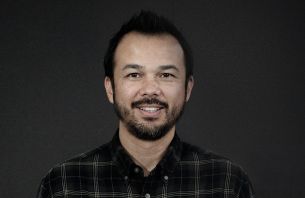 Branding and creative agency loyalkaspar has added Rhys Demery as Executive Producer. Joining the bi-coastal agency’s Los Angeles office, Demery brings well over a decade of production experience spanning broadcast design, integrated content, traditional on-air spots, branded content, digital and social. Navigating the world of entertainment and advertising, he has worked with a wide range of brands, from traditional networks to gaming franchises to automotive and beyond.

“As new media continues to shake up the world of entertainment and commerce, our job is to help clients stand out in an increasingly crowded media landscape,” remarks Robert Blatchford, Chief Development Officer at loyalkaspar. “Rhys’ addition represents our continued commitment to do just that. He brings an invaluable perspective and breadth of knowledge, as we strive to keep pushing the boundaries of branding and how we partner with clients."

“Anyone in this industry knows the top-shelf caliber of clients with which loyalkaspar collaborates, as well as the impactful campaigns they develop and bring to life,” adds Demery. “They do this while maintaining a boutique creative culture with an equally impressive emphasis on strategy. That’s a combination you rarely come by, and it was a huge draw for me joining the company.”

Demery arrived at loyalkaspar following a stint as Executive Producer at Troika, where he led the agency’s in-house production team through a wide range of work for clients, such as Hulu, Riot Games, CBS Sports, UFC, HBO Sports, CNN, NBC and Turner, among others. Before that, he was Executive Producer of Digital for a myriad of client-direct accounts at ModOp. His prolific tenure with the agency yielded high-impact campaigns for Nike, Intel, EA Sports, Sony Playstation, as well as an award-winning launch campaign for Ubisoft and their flagship video game title, “Assassin’s Creed 3”.

Demery forged his career as a producer at Dentsu America and Think C, making his big splash with show packages for ESPN and the main title for “The Tonight Show with Jay Leno.” His unlikely foray into the entertainment and advertising industry was preceded by a five-year career in the financial world, where he sat on the bond and futures trading desks of the index-fund giant Barclays Global Investors.

“loyalkaspar has laid out a strong foundation for me to be a hands-on leader who can see both the finer details and the big picture,” concludes Demery, “which is essential to not only allowing the creative to flourish, but also nurturing relationships and furthering the great success of this company.” 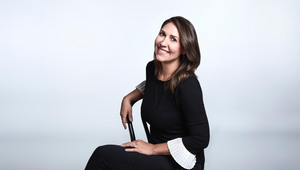