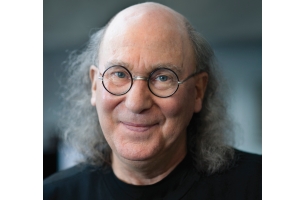 The Cannes Lions International Festival of Creativity has announced that Bob Greenberg, Founder, Chairman and CEO, R/GA, will be honoured with the Lion of St. Mark at the 2015 Festival.

“The Lion of St. Mark is an award that recognises an outstanding individual, a person whose devotion and vision has helped shape the way forward for the industry,” says Terry Savage, Chairman, Lions Festivals.

Under Bob’s leadership, R/GA has taken home close to 60 Lions and become one of the most successful integrated marketing services companies, creating everything from new products and digital services to social, mobile, and broadcast campaigns.

“This is a man that reinvents his agency business model every nine years to ensure that they are in line with technology shifts. He’s created ground-breaking visual effects and is behind the Titanium Grand Prix winning Nike+ Fuelband campaigns. It’s an honour to be able to celebrate Bob’s talent and unstoppable drive,” continued Savage.

Speaking about his award, Bob Greenberg added, “Throughout my career, and every incarnation of R/GA, I have always strived to ensure that creativity remained at the heart of everything we did. I am honoured that the Cannes Lions Festival feels that my efforts are worthy of this prestigious award and have included me among such distinguished company.”

As well as collecting his award, Bob will be on stage in his seminar with Techstars’ co-founder and managing partner Dave Cohen, ‘Better Together: Ending the Madison Avenue vs. Silicon Valley Mentality’. Taking place on 24 June, they will look at the R/GA Accelerator programme and explore how this agency-led start-up accelerator is harnessing disruptions in content, data, and IoT while reimagining what Madison Avenue and Silicon Valley can do for consumers..