Will Tove Lo cover give us a piano-driven version of a Coldplay classic or will Shura cover the The Arctic Monkeys? 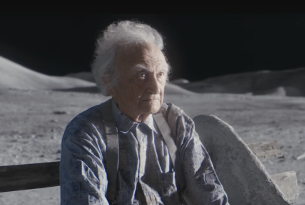 The John Lewis Christmas advert has become an essential part of British  Christmas culture, but what will the advert covering song be this year? And who will sing it? With less than three weeks to go until the advert airs on the 4th November, Vouchercloud can reveal the cover song and singer predictions thanks to a newly found formula.

The nation might not be able to predict the characters or storyline but the John Lewis Christmas advert appears to have struck a winning formula when it comes to the cover music. Vouchercloud have analysed the music from the past 7 years (nearly 20,00 songs!) and can reveal that based on previous years, this year’s Christmas advert song will likely be a:

By a British male rock band

That's had at least 4 number 1 albums in the UK.

The song will be covered by a female…

Who is British or Scandinavian...

Based on the above, this year’s cover song will most likely be sung by one of these 17 singers…

And, the singer will most likely be covering a top ten hit by one of these 21 classic British bands...

So, will Tove Lo give us an acoustic piano-driven rendition of Coldplay’s powerful ballad Fix You? Or will we be hearing Shura throw opt for The Arctic Monkey’s party-starting I Bet That You Look Good On The Dancefloor?

Even though no single song in the past 7 years has ticked every box of the winning formula, these are still the most recurrent patterns. And if this year’s song meets every criteria, perhaps it will be the ultimate Christmas advert song… or will David Bowie take the top spot?

“The annual release of the John Lewis Christmas advert isn’t a public holiday just yet, but it’s certainly becoming an integral part of Great British Christmas culture. The high-street retailer has stuck to their winning formula for the last seven years in a bid to win the Christmas advert arms race.”

“We’ve been working behind the scenes using The Official Charts Company website to find the number one singles and albums, and based the genre classifications of the different bands and artists on category labels in Last.fm, analysing almost 20,000 songs to undercover the John Lewis Christmas Advert Formula. Using this formula we've been able to predict the 17 singers that may sing the cover song, and the 21 British classic rock bands that they might cover. We're looking forward to tuning in on the 4th November to see if our predictions were right!”