Rethink Canada Turns US Treasury Campaign Into PSA for #EqualPay 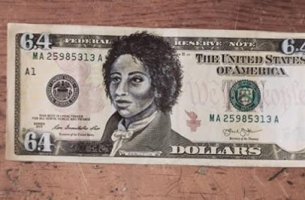 Earlier this week, Rethink Communications partnered with the American Association of University Women (AAUW) to launch a campaign that’s flipping the U.S. Treasury’s social media campaign, #TheNew10, on its head. The video powerfully illustrates the persistent gender pay gap in America, as well as the disproportionate effect it has on women of color.

As part of AAUW’s efforts to close the gender pay gap, the video cleverly suggests what #TheNew10 should look like by showing an artist’s live rendering of a new female portrait in place of Alexander Hamilton.

But the artist doesn’t stop at drawing the portrait. Instead, she continues to change the bill’s denomination to reflect the startling statistic that women are still paid only 78 percent of what their male counterparts are paid. The artist also illustrates how the pay gap is even worse for women of color, with African American women and Latinas being paid just 64 and 54 percent, respectively, of what their white male counterparts are paid.

"The irony of the Treasury’s initiative is that it’s meant to celebrate 100 years of equal rights in America,” said AAUW Chief Executive Officer Linda D. Hallman, CAE. “We wanted to illustrate just how far women are from the goal of equality, so we did exactly what the Treasury asked the American people to do — ‘Use #TheNew10 to tell us your ideas, symbols, designs or any other feedback that can inform the secretary as he considers options for the $10 redesign.’”

In addition to the video, AAUW’s campaign includes shareable images and gifs that people can use on social media to repurpose the Treasury’s official hashtag, #TheNew10.

The campaign drives viewers to the FightForFairPay.org website, where they can take actionable steps toward meaningful — not just symbolic — change.

Rethink, one of Canada’s most respected and award-winning creative agencies, collaborated with Director Thomas Dagg to produce the video.