Resurgence of the Icon: DDB North America’s Come Back 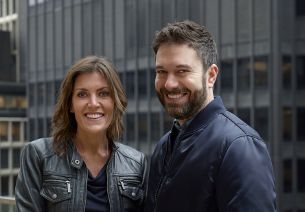 DDB North America is experiencing a rebirth. With the indomitable duo of President-CEO Wendy Clark and CCO Ari Weiss at the helm, the iconic agency is on a mission to reclaim its place at the forefront of the region’s advertising and creative industry.

“Internally the language we use is ‘the resurgence of the icon’. It doesn’t sit well with Ari or me that this majestic brand, called DDB, that bears Bill Bernbach’s name, is not at a great moment in the US, his founding market,” says Wendy, who joined the agency in January 2016, from Coca-Cola, where she was President of Sparkling Brands & Strategic Marketing. A year and a half into the job – and joined by Ari, the former BBH New York CCO, who came aboard in February this year – and it looks like that resurgence is well underway.

“I was at Cannes as a neophyte agency leader last year, just five months into the job and we left here with zero Lions last year and no shortlists. And this year we already have 19 shortlists and seven Lions so that’s a 2600% increase in performance,” says Wendy.

Impressive turn around indeed, and even more impressive when you consider that after the interview took place that final tally went up to eight Lions – including a Gold to DDB New York in Entertainment for Music for the short film ‘Dream’ and the print campaign for non-profit organisation Gun By Gun.

This year’s Cannes Lions also saw a strong presence from DDB North America outside of the trophy room. Wendy was jury president of the Glass Lions and also chaired a discussion with the incomparable Spike Lee. 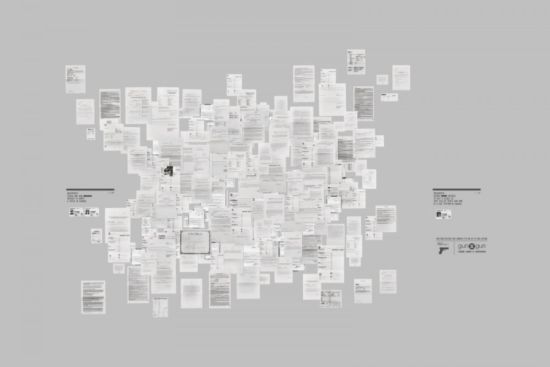 It’s been a long process, building up the team and refocusing. While there’s no single magic answer, Newly created roles, such as a Chief of Staff (Coca-Cola vet Catherine Locker) and Chief People Officer (ex-Grey Group-er Britt Hayes), point to the organisational changes and an emphasis on talent. “If it was one or two things, every agency would do one or two things; it’s one or two hundred things. And we’re trying to work through it: recruiting talent, improving work out put, figuring out a vision for the future, being back in the conversation ad restoring the legacy for the company,” says Wendy reeling off the all the things that have been keeping her busy for the past 18 months.

Part of the appeal for Ari was the opportunity to work with Wendy, developing the business as well as the creative output. “That’s why I came forward. She was looking for a partner to run the business with her and not run a creative department. She has those triple-threat abilities to be able to then bring creativity into that conversation and cross check it across many different hats,” he says, referring to Wendy’s past lives as a marketer. “Great ideas are great if they work, and this is a short cut to getting to the work that works. We’re always going to have that kick-ass creativity, it’s just about making sure it works. If it doesn’t work, it’s meaningless. So, I get to test it against three different people when we’re sitting together!”

“I always joke that I’m bilingual!” laughs Wendy. “A few days ago, someone was looking for me in the office and my assistant said, ‘she’s negotiating with herself in the office!’ I can see both sides of the contract, I’ve done both sides and I understand implicitly where the challenges are, though I’m still learning them on the DDB side.”

“Probably one of the greatest qualities you can have in business is empathy and I have a tremendous amount of empathy for clients. I’ve been in their shoes, I’ve missed quarterly earnings, I’ve missed sales goals and I’ve also made them and achieved them. I think the empathy of being able to say: ‘I know what it feels like to win and lose in your seat and I think I can help interpret the capabilities of the agency for you,’ that’s useful.”

Another ingredient in the secret sauce of DDB’s re-energisation in North America lies in part with We Are Unlimited, the bespoke agency created to serve McDonald’s. At just five months old, We Are Unlimited won its first Cannes Lions – a silver in the Cyber category – for its unbranded campaign starring Mindy Kaling.

We Are Unlimited is a place where talent from Omnicom’s agencies can get stuck into the world of the Golden Arches, and both Ari and Wendy have been heavily involved. Until Unlimited’s new CCO Toygar Bazarkaya joined, Ari was leading the creative.“It’s also a playground for innovation which is a lot of fun for a creative,” says Ari.

The unbranded campaign reflects the McDonald’s renewed ‘swagger’ – and, indeed that of the extended DDB North America family. “It was a very brave effort but it was also built with a lot of data to support it, so we had this confidence it would work,” continues Ari. “And it was a real proof point with Toygar coming in that this is the type of work we’re going to be doing here and it is going to be quite different, and we’re building it as we go. We’re just getting started and I’ve very excited.”

DDB North America’s comeback also coincides with a wider shakeup in American society and politics, following last year’s presidential election – yet another catalyst for change and re-evaluation.“I think in a way it was a little bit of an awakening to really make sure we’re really serving all of our clients’ customers,” reflects Ari. “I think sometimes you can get a little bit lost in your own narrative and micro climate and it was a reminder that many different climates exist and there is a need for understanding across the climates and not to be naïve about it. I think brands were at first were a bit scared by it but that epiphany has given them strength moving forward, which is good.”

So it’s not just the agency that’s got a sharpened sense of creative ambition. During the week of Cannes, Wendy and Ari spent time with their Mars client and, at a time when a certain French holding company is querying the value of the festival, the DDB North America team have seen first hand the effect that it has on the brands they work with.“Our Mars client is here and the ambition from some of the clients is so inspiring to the agency,” says Wendy. “They are so ambitious because they understand the connectivity between creativity and the business impact. They’re like ‘what categories didn’t we rate in? We want to inspect why and then how. To have that sort of ambition from the client – you don’t get better than that.”

With determined clients, new challenges and new leadership, the momentum behind DDB North America’s upswing is palpable. And at this year’s Cannes Lions, Wendy and Ari have built a solid foundation for the ‘resurgence of the icon’.