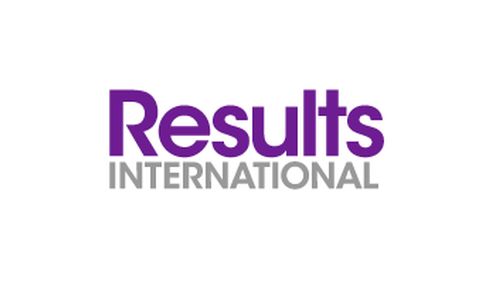 Global M&A advisers Results International last night picked up a prestigious M&A Award for their work advising on the sale of a majority stake in We Are Social, the largest specialist social media agency network in the world, to Chinese marketing communications company BlueFocus.

Results advised We Are Social which secured them the win in the ‘cross-border deal of the year’ category beating off stiff competition from across a broad range of industry sectors. Shortlisted deals included, amongst others, the sale of innocent Drinks to Coca-Cola.

The M&A Awards now in their eighth year celebrate the achievement of dealmakers, management teams, financiers and professional advisers, who over the past 12 months have demonstrated their deal-making excellence with their most prized deals. The awards were presented at a ceremony held at London’s Park Plaza Victoria.

Blue Focus’ acquisition of a majority stake in We Are Social created waves in the marketing communications industry when it was announced in December 2013.We Are Social quickly built a reputation as one of the hottest properties not only in its sector but across the marketing agency world more broadly. Its sale to BlueFocus, China’s largest marketing services group, but relatively unknown in the West, surprised many in the industry.

Commenting on Results' success last night, partner Jim Houghton who led the deal said: "Whilst we felt that the work we did over a period of more than two years to make this deal happen was pretty special, we also knew that in our category we were facing incredibly stiff competition from across every business sector.

“Success was made possible by a delicate balance of cultural understanding, securing a meeting of minds and ambitions and negotiating a financial deal that worked for both parties. It was no mean feat and I am incredibly proud that our team’s hard work has been recognised in this way. It was a really clever deal made possible by working with fantastic clients, an outstanding corporate development team for the buyer and a highly skilled team of collaborative advisers on both sides. I’m proud to have been part of it.”

We Are Social was founded in 2008 by Robin Grant and Nathan McDonald in response to the way that social media was changing the media landscape. The agency quickly become renowned for its award-winning strategic and creative work for a large global client base, including adidas, Heinz, Kimberly-Clark, Mondelez, Heineken, eBay, Jaguar, Intel, Moët & Chandon and Expedia. At the time of its sale to BlueFocus it employed over 400 people across its eight global offices in New York, London, Paris, Milan, Munich, Singapore, Sydney and ‎São Paulo.

We Are Social now represents  BlueFocus’ primary digital agency brand outside China, bringing digital and social media expertise on a global scale to the group. We Are Social provides BlueFocus with a platform for significant growth in digital revenues, and will transform the group into one with a global network of operations.