Repay Your Mouth with Toohey's

New creative campaign for one of Australia’s top beer brands 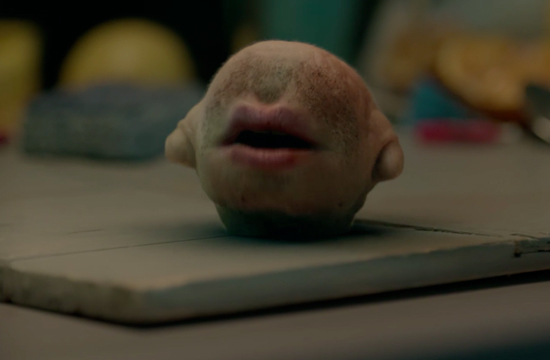 This week, Tooheys Extra Dry will unveil the new ‘Repay Your Mouth’ marketing campaign; positioned as an evolution of the hugely successful ‘Tongue’ campaign of 2004.

The cheeky creative by BMF, sees a fresh take on the ‘Tongue’ which they originally created. The ‘Mouth’ will no doubt remind everyone of the love-hate reaction they may have felt towards the original ad.

The inspiration for the TVC stems from the fact that being a mouth can be a “thankless job”. A mouth has to eat bacteria ridden leftovers, laugh at unfunny jokes, spew out cheesy pick-up lines and do endless amounts of sucking up. And what do they get in return? The TVC concept suggests that it is about time people repay their mouths for the years of mouth abuse endured - and one way to repay them is with the clean crisp taste of Tooheys Extra Dry.

Matt Tapper, National Marketing Director at Lion, says: “The new ad is sure to grab attention and drive talkability – its provocative, but that is what’s great about Tooheys Extra Dry as a brand – we can be a little more adventurous with our creative. TED has always had a reputation for being left of centre, and we feel that ‘Repay your mouth’ once again pushes boundaries and builds on the fun and eccentric personality that Tooheys Extra Dry is loved for and is appreciated by our drinkers.”

The TVC was shot by award-winning Australian director Hamish Rothwell from Goodoil. Post-production company ALT.VFX were, once again, employed to create the animated elements of the talking mouth, having been involved in the previous Tooheys Extra Dry ‘Nocturnal Migration’ ad.

BMF Creative Director, Justin Ruben says: “We wanted to stay true to TED’s long history of off-beat and surreal advertising. We also wanted to put “The Clean Crisp Taste of Tooheys Extra Dry” at the heart of the idea, just like the highly successful ‘Tongue’ commercial TED did all those years ago.”

The TVC, which will first air during The Mentalist on Channel Nine on Sunday evening, will be screened on free-to-air and subscription TV nationally.

A digital ‘teaser’ campaign has kicked off on Facebook to build intrigue and interest in the lead up to the TVC launch. TED Facebook fans will be given a sneak peek of the ad later today - https://www.facebook.com/TooheysExtraDry. The platform of ‘Mouth abuse’ is integral to the creative for the brand’s Facebook page, with the Tooheys Extra Dry mouth leading the movement as an ambassador for exposing mouth abuses everywhere. A total revamp of the Tooheys Extra Dry website will roll out imminently.

The ATL campaign will be supported by outdoor, digital and PR to ensure that Australians everywhere are on the look-out for mouth abuses, and ready to repay their mouth with the clean crisp taste of a Tooheys Extra Dry.