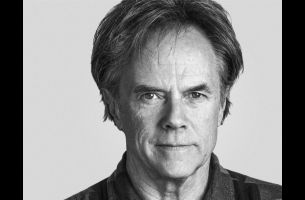 Known for his signature experimental editorial design for lifestyle and music magazines such as Surfer, Transworld Skateboarding, Beach Culture, Blue and Ray Gun, along with brands like Nike, Pepsi and Microsoft, David Carson will work on creative projects for clients of 72andSunny and HECHO EN 72. During his creative residency, he will also serve as a mentor to the current employees in 72andSunny Los Angeles and HECHO EN 72.

“David’s work is nothing short of iconic,” comments Charles Wolford, Interim Managing Director of HECHO EN 72. “This partnership gives us the opportunity to not only collaborate with David on upcoming brand projects, but also helps our people grow personally and professionally by working with one of the best in the industry.”

Throughout his career, Carson has been heralded as of one of the most influential designers of all time, with the Smithsonian Institute calling him “one of the country’s most important artists” while the AIGA awarded him their Gold Medal, the design profession’s highest award, commenting that “Carson forged graphic design into a cultural force and a medium with its own shape and direction.”

“72andSunny pushes the boundaries between design and advertising, proving they understand the language of graphic design and the powerful communication tool it can be,” said Carson. “The company has continually created some of the best work worldwide and I can’t think of a better place to work, learn, mentor and stretch myself creatively.”

In addition to giving lectures across the world, including a widely acclaimed TED talk, Carson has authored several books, including “The End of Print” with Lewis Blackwell, an exploration of the thinking of Marshall McLuhan titled “Book of Probes,” a book of his unique photography “fotografiks,”and “Trek,” which includes a collection of his latest work. He is slated to give the keynote address at London’s prestigious D&AD advertising festival.