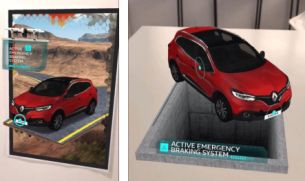 In April, the French multinational automobile manufacturer launched a global campaign with Lucasfilm, Disney and Publicis Conseil to celebrate the release of “Solo: A Star Wars Story” and invites everyone to take the alternative road through a full set of branded content.
Renault partnered with Shazam and the French studio Busterwood to use the app’s visual recognition technology and give people throughout Europe a chance to get a taste of the Renault KADJAR in streets or even at their home. To start the adventure, you just need to scan the Shazam Codes on Renault’s campaign bus shelter posters or Direct Marketing leaflets with the app’s camera. The scanned image will disappear for the user to discover a 3D-rendered Renault KADJAR with drones highlighting its key features and to enjoy details of the vehicle as if it were in front of his eyes for real with the ability to access more information on the local Renault website with just a click.
"This is the first OOH campaign leveraging Shazam's AR feature in so many countries and we're glad to see the audience—which includes many Star Wars fans—engage with it," said Josh Partridge, VP Commercial Partnerships at Shazam. "We couldn't be more excited to partner once again with Renault and Publicis after last year's creative campaign featuring Shazam's cofounder Chris Barton."
These 2 experiences were locally customised with various formats for both in-store and experiential communications (standing display, A2, A3, A5…) and were also brought to Renault’s CRM and PRM contacts via emailing. And this is just a piece of the fully integrated campaign which also includes a TV ad starring Chewbacca and the Falcon Millennium, a 360° VR video clip of “Solo: A Star Wars Story” that was exclusive to Renault dealerships weeks before the movie release, national raffles across Europe with a chance to win a trip to San Francisco and of course a full galaxy of online content displayed on Renault’s social media channels.
Did you know? In 2017, Renault had already been working on branded content with Shazam founder Chris Barton in another “Take the alternative road” campaign. Barton acted as chauffeur to take an entrepreneur for a tour drive and a chat on-board Renault KOLEOS instead of driving him straight to a conference where the youngster was supposed to attend a talk by…Chris Barton himself! 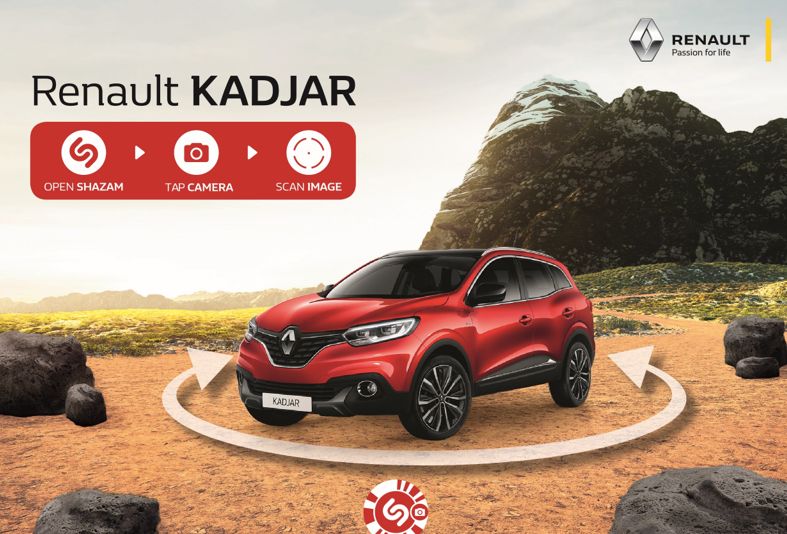 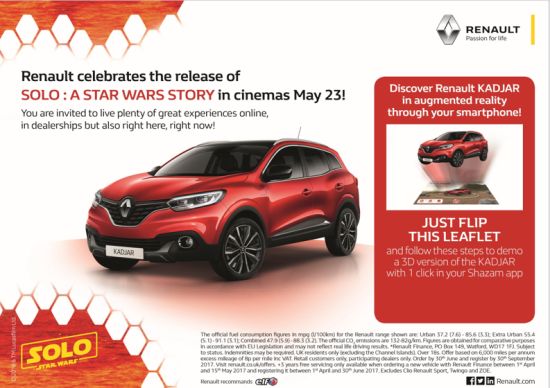