Renault & We Are Social #UndressNewTwingo 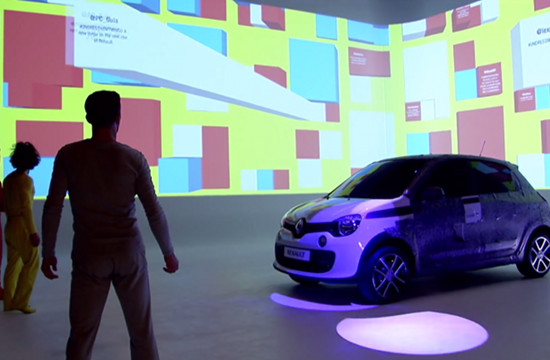 For the worldwide pre-reveal of New Twingo, Renault and global social media agency We Are Social launched #UndressNewTwingo, a “strip-tweet” which unveiled Renault’s fresh take on its popular city-car to the press and to the general public.

We Are Social was tasked with creating a social media strategy that would take fresh, modern approach to the official pre-reveal of Renault’s popular city car.

The unconventional campaign, which played on the “spyshots” that usually appear when a new car launches, used disruptive social tactics, which enabled Twitter users to get involved with New Twingo’s big reveal.

On 11th February, Renault and We Are Social teased media and influencers with content announcing the pre-reveal, and encouraging them to get involved.

On 13th February 5pm, a live video stream showingNew Twingo, covered in spyshot camouflage stickers, launched on www.undressnewtwingo.com. The influencers, their audience and the general public were then invited to tweet using the hashtag #UndressNewTwingo.

For every 100 tweets, a new choreographed striptease was performed around New Twingo by a professional dance troupe, slowly unveiling the new design of the vehicle.

Renault received thousands of extremely positive messages about New Twingo, many praising the innovative nature of the campaign.

There were 45,000 visits in just a few hours on www.undressnewtwingo.com (without paid media). More than 100 blog posts were published about the campaign, and during the 1.5 hour pre-reveal event, there were around 4,000 tweets. #UndressNewTwingo organically became a trending topic in France.