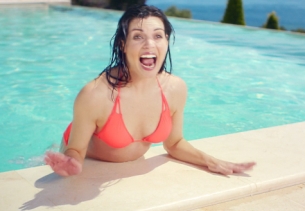 Zoo’s the clue in Remy Cayuela’s new commercial, a job which sees him switch Tassimo & Belvita’s Hollywood romance with a different breed of attraction between two holidaymakers for TravelZoo.

Set in Palma, Mallorca Remy and Big Al’s Creative Emporium give us a slice of summer life, specifically what it feels like to holiday through TravelZoo in the brand’s first ever European TV campaign.

But how do you express the #TravelzooFeeling? The joy of exceeded expectation is something “spontanious, unselfconscious…and impossible to keep in” according to Glyn Owen, TravelZoo’s Head of Marketing in the UK. Keeping it on brand then there’s only one thing to do – pure animalistic outburst which, for Remy’s ad, sounds like the bark of some very happy seals.

These barks will be heard across daytime and primetime advertising slots on a mix of UK terrestrial and digital channels, namely Sky Atlantic during the second season premier of hotly anticipated crime drama, True Detective.