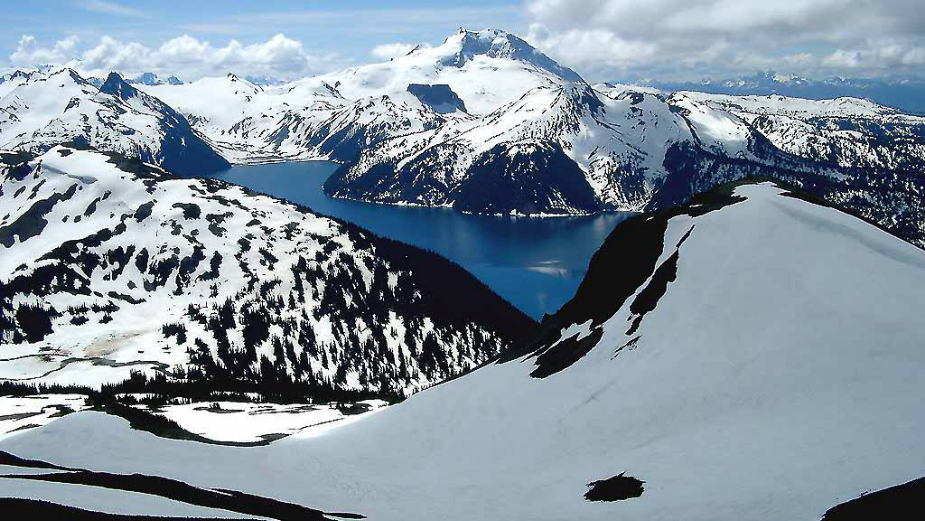 For production companies, selling the locations and scenery of Canada has never been the most arduous task. Whether it be the iconic beauty of Niagara Falls in Ontario, or the snow-dusted mountaintops and glistening waters of British Columbia, the country has long held a unique appeal for filmmakers and vacationers alike.

Coronavirus, however, threatened to challenge that. With on-set filming rendered impossible for a number of months (and still problematic for many today), international filmmakers risked missing out on the benefits, both in terms of location and cost when compared to the US market, that come with filming in the world’s second-largest country.

Fortunately, companies in Canada have found ways to adapt and thrive. Using state-of-the-art technology to create remote solutions, the country’s crews are now able to keep shows on the road for a wide variety of brands and campaigns.

To find out how Toronto and Vancouver have been keeping cameras rolling throughout this most challenging of years, LBB spoke to executive producers Tony DiMarco and Nathan Miles. 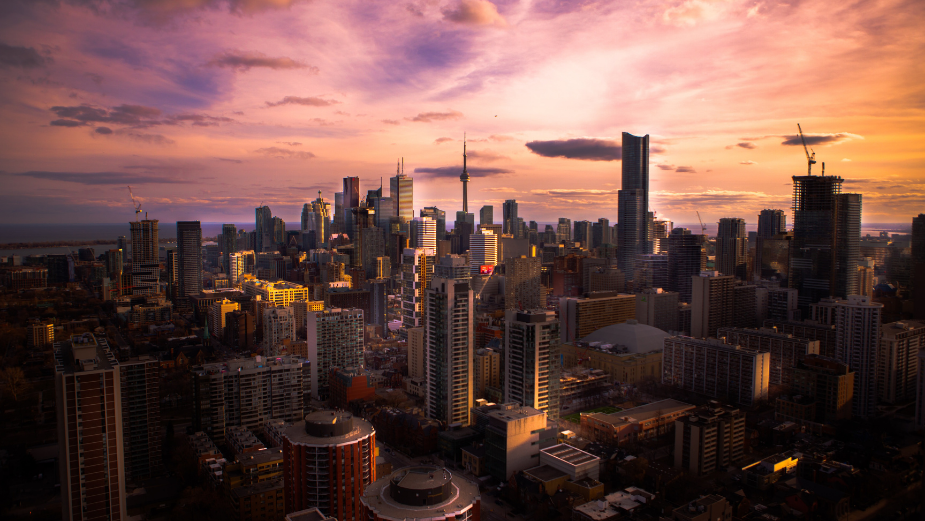 For Tony DiMarco, Toronto was always well-placed to recover from the shocks of the pandemic. “We have enough unique qualities here to know we were always going to be an attractive place to film”, he explains. “The challenge for us was creating a system where remote shooting was a viable option for the biggest and best campaigns. Happily, I’d say we’re at that place now”.

A good example of a campaign shot entirely whilst remote would be Radke’s recent work with the razor brand Harry’s. A kinetic spot celebrating individualism, the ad was filmed during the summer months in which social distancing measures were at their peak. “The best thing you can say about the ad, I think, is that it doesn’t look like it’s been filmed remotely. It’s just a well put-together ad”, says Tony.

Above: The ‘Not The Same’ series of films for Harry’s razors was shot entirely remotely.

Happily, the same advantages that have made Toronto such a popular filming destination (over 2,000 commercial shoot days a year) hold as true today as they did pre-pandemic. “I’d sum up our way of operating in Toronto as ‘streamlined’”, notes Tony. “By which I mean that we’re both incredibly nimble in being able to turn productions around within deadlines, but also that we’re able to operate at a cost which is the lowest in North America for a major film centre and makes us maybe the most accessible location in the region for so many partners”.

Perhaps the secret to Toronto’s enduring appeal lies in the fact that ‘streamlined’ costs have never come at the price of quality. In terms of locations, the city boasts an incredible range of stunning backdrops which hold appeal both as a North American city, and a double for more locations (“we’re finding ourselves working more frequently with European partners”, explains Tony).

Above: Toronto and its surrounding areas (including the iconic Niagara Falls) make for some of the worlds best on-location or remote shoots.

As time goes by, and remote filming becomes more normalised, all parties stand to gain. “You can see that people are becoming more comfortable with it”, says Tony. “We worked on a spot recently with Tim Hortons and you could just see people getting on with it, the ‘new normal’ I guess. It’s still possible, of course, to come over, go through the period of quarantining and then get to work in a more traditional sense, social distancing notwithstanding. But everyone is so confident now shooting remotely that I don’t think it would be necessary. We’re quoting jobs like crazy from the US at the moment so confidence is only going up”. 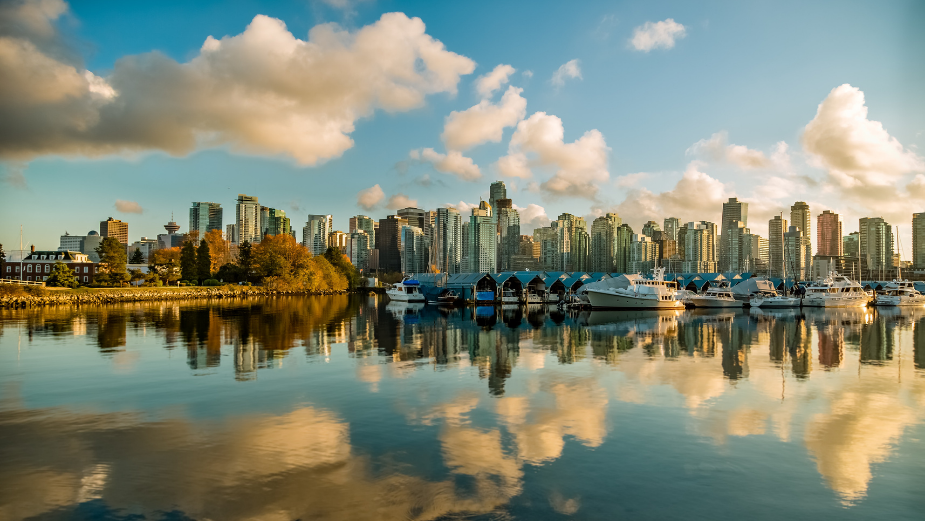 Nestled in British Columbia, Vancouver acts as a jumping-off point for getting to what are quite simply some of the most beautiful location film opportunities in the world. “As well as being a big and cosmopolitan city”, says Nathan Miles, “we’re also situated really advantageously from an amazingly diverse range of nature spots. There’s plenty out there that we can double for, no question”.

A quick scout around the surrounding landscapes of the city serves to illustrate Nathan’s point. The gentle waters leading to Vancouver Island bring Scandinavia, Scotland and Ireland to mind (“we shoot a fair number of whiskey commercials out there”, notes Nathan), whilst a six hour trip to the east lands you in desert landscapes during the summer months. Meanwhile, the towering caps of the Coastal mountain range provide jaw-dropping and snow-flecked vistas. The nearby mountains are also home to Whistler, an iconic ski resort. “Throughout the whole province”, says Nathan, “we have trees going right up to the mountains and out to the oceans. It works beautifully for a Lord Of The Rings-style, New Zealand-y vibe”. Adding to the opportunities, British Columbia’s provincial parks have been open for shooting since October. For filmmakers looking to set up a Christmas scene, the backdrops could scarcely be more perfect.

As for the city itself, Vancouver’s position in front of a mountain range can see it double up as an Asian city (“we’ve been known to go for Hong Kong and Tokyo”, says Nathan). Additionally, beaches are dotted around Vancouver and lend a surfer-friendly environment, not least in Tofino on Vancouver Island. The shiny and new aesthetic of the city juxtaposes usefully with a more rural and ‘earthy’ surrounding area, setting up a veritable playpit for filmmakers.

Above: From the city of Vancouver to the desert landscape of neighbouring Alberta, the region is home to unparalleled beauty in which filmmakers can express themselves.

The good news for said filmmakers is that Vancouver’s remote capabilities are on a par with those in Toronto. “We’re similar-ish markets”, explains Nathan. “The big difference is that Toronto traditionally works on the domestic side of things, whilst our location helps more with the US and international clients. But our remote capabilities are top-notch, even for situations like live streaming for remote shooting”. With remote shooting fully embedded into the production scene in Vancouver, every detail has been considered.

Above: Mercedes-Benz’ beautifully-shot ad promoting their 2020 Winter event was filmed in British Columbia this year.

“We’re a diverse city when it comes to casting as our Non-Union talent in Canada is some of the best and most diverse in the world.”, explains Nathan, “but with social distancing in place for the foreseeable future we have to keep certain things in mind. For example, we try to keep actors within their own bubbles. If you want to cast a family, we’ll make it a real family”.

For their part, crews on the ground in Vancouver and British Columbia stand to benefit from strong local infrastructure, particularly with regards to the pandemic. “We have lots of testing centres and they tend to be adjacent to big hospitals”, says Nathan. “You may have to drive a little way but testing will be available as and when required”. The industry has clearly taken note of the infrastructure and opportunities available in Vancouver. “We’ve been seeing an uptick in the number of significant shoots we’re working on”, notes Nathan. “Since the start of November, especially, we’ve been involved in some six-to-eleven day shoots, which has been awesome”.

For filmmakers, 2020 has been a less than stellar year. However, risks can be mitigated and even avoided altogether by pursuing a remote filming strategy, as Toronto and Vancouver are so adeptly proving. Amidst challenging circumstances in the industry, the two Canadian cities are offering a cost-friendly solution that won’t jeopardize quality. 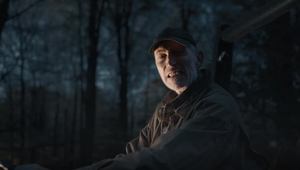 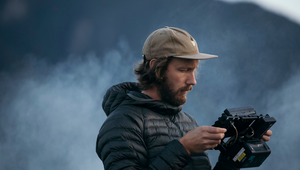 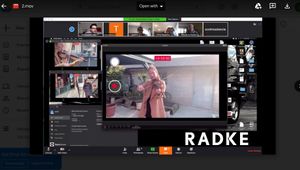