Remember Cinema? Pro Bono Campaign from MG OMD and TBWA\London Reminds You it's Back 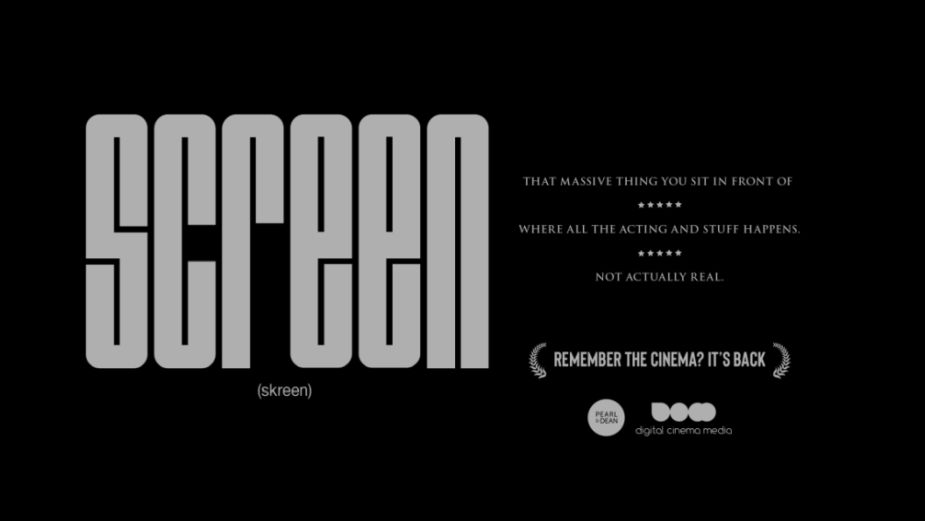 The advertising industry has come together in a mass, cross-channel contra deal to support the cinema industry post-pandemic after it has seen a huge dent in revenues whilst cinemas have been closed.

The campaign, created by Omnicom’s TBWA\London and brokered by MG OMD, is called ‘Remember Cinema’ and is supported by numerous media owners ranging from News UK to Twitter.

The contra deal specifically supports two cinema houses, Pearl & Dean and Digital Cinema Media, who have come together with the aim to accelerate audiences’ return to cinema.

The campaign aims to remind consumers of the magic of cinema by playing on visual tropes that bring everything we know and love about the cinema experience to life, whether that be tantalising film trailers for a future visit, digital surround sound or simply the sheer indulgence of a box of popcorn.

​The campaign has been created 100% pro bono by MG OMD and TBWA\London and will run throughout June across publishing, outdoor, digital display, social, radio and podcasts. ​

Katie Jackson, MD, TBWA\London, says: "Remember cinema? The sights, the sounds, the collective gasps? Hell yes we do. And it's back.”

​Lewis Shaw, managing partner, head of investment, MG OMD said: “As an industry we have all felt the effects of COVID-19 but none more so than Cinema. We hope this campaign gives Cinema the boost it needs and truly creates the difference that matters for them.”  ​

Clare Turner, sales director, Pearl & Dean comments: “As the industry, myself and audiences all know – there’s just nothing quite like cinema. The magic of the big screen simply can’t be replicated at home, that rush of anticipation when the lights go down – and the smell of popcorn! We’re beyond excited to be back!”

Davina Barker, sales director, Digital Cinema Media (DCM) adds: “The coming together of our industry partners to support the cinema medium after the stormy year we’ve experienced is extremely heartening. We’re so excited to be back and to start welcoming audiences and advertisers back to cinema once again.”