Campaign from Ogilvy UK aims to break an age-old taboo 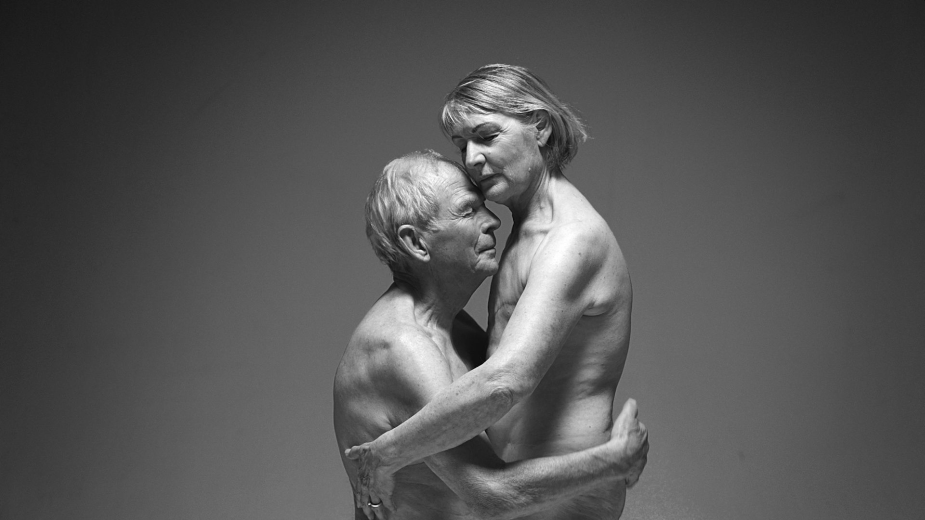 Relationship charity, Relate has unveiled ‘Let’s Talk the Joy of Later Life Sex’, a new campaign championing sex and intimacy in our later years. The campaign saw renowned British photographer, Rankin, shoot five older couples and one woman in their most intimate settings and explores everything from long-term love to new adventures, tender intimacy to the more risqué.

The campaign features a wide range of older people, from Andrew and Mark who have been together for 31 years, to Chrissie, who has had a double mastectomy, and her partner Roger, to Daphne and Arthur who still hold hands when they walk. The cast are real people (not actors or models) of varying ethnicities, sizes, shapes and sexualities, with the aim of showing that we can all feel empowered to think and talk about sex and intimacy as we grow older.

The pro bono ‘Let’s Talk the Joy of Later Life Sex’ campaign was conceived by advertising and marketing agency, Ogilvy, in response to a lack of older generational intimacy in advertising. Featuring a hero 30” film and eight print executions, the creative will be appearing nationwide from today across DOOH, press and digital. All media for the campaign has been donated and has an approximate value of £250k. Interviews with all cast members will also feature on Relate’s owned channels at launch.

Jules Chalkley – chief executive creative director, Ogilvy UK said: “Let’s talk the joy of later life sex. The aim of the campaign is to shine a spotlight on the unseen - intimacy in our later years. Working with Relate and the celebrated photographer Rankin, the intention is to show ageing romance in a way that’s rarely been done or seen before. We wanted to create a new visual language that celebrates the joy of intimacy and sex in later life.

“It’s a subject many perhaps flinch from or don’t often talk about and there is a notion that older people shouldn’t, couldn’t and wouldn’t want to have sex and intimacy in later life. It has seemingly become a taboo subject, but why? The upsides are immeasurable for our mental health and happiness and physical wellbeing. Using stunning film, imagery and provocative headlines we want to start a conversation amongst society as a whole and to encourage the target audience to talk to their partner, friends, doctor or Relate.” 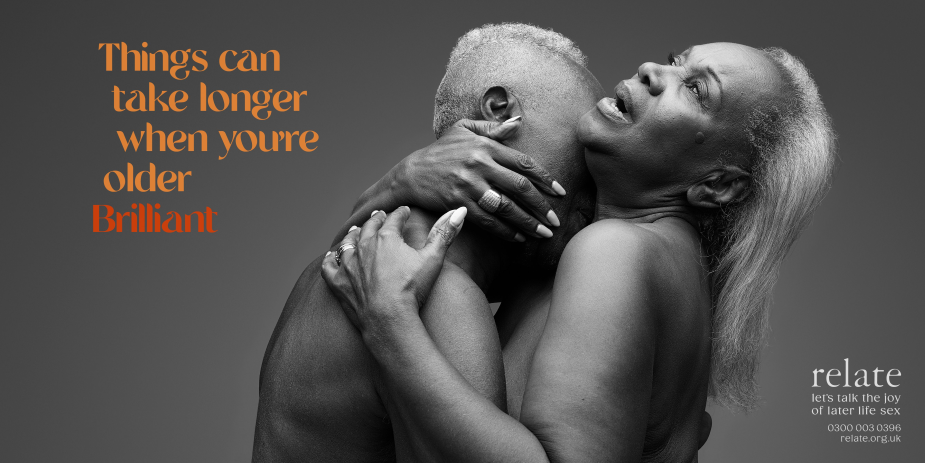 Sarah Milsom – director of communications and engagement, Relate said: “We’re hugely grateful to everyone involved in creating this important and beautiful campaign. Working with Ogilvy UK, Rankin and the wonderful older people filmed and photographed has been a pleasure and we hope it will get people talking about what sex and intimacy in later life means to them. Relate’s Sex Therapy services are here for all adults at all stages of life to help improve communication, intimacy and wellbeing. As well as sparking conversations, we hope this tasteful, intimate and joyful campaign helps older people to feel more represented and able to reach out for support if it’s needed.”

Taking on the campaign pro-bono, Rankin said: “The simple fact is it that we all need intimacy now more than ever – and age, of course, really is just a number. The greatness of love and affection – the very things we can’t stop writing books, films, and pop songs about – doesn’t need to change as we find our later years. This campaign sets out to break convention, and that’s what it did, both before and behind the camera.” 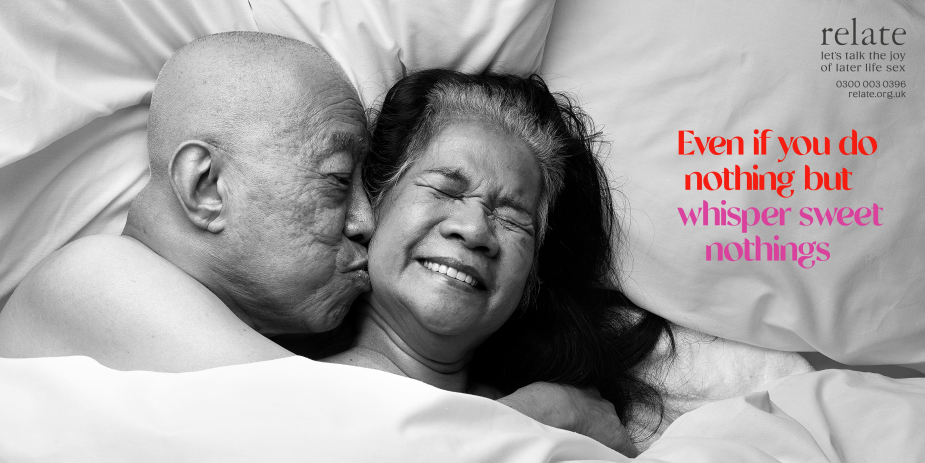 The campaign’s aim is to tackle the stigma around this unspoken subject - the notion that older people shouldn’t, couldn’t and wouldn’t want to have sex and be intimate. According to a poll undertaken by 3Gem market research:

Media agency: Mediacom, also with thanks to JCD and Clear Channel