Refuge, BBH & Facebook Give a Voice to Silent Witnesses of Domestic Violence 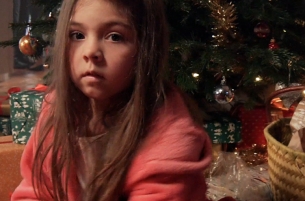 Refuge, England's national domestic violence charity, launched a campaign this Christmas to raise awareness of the huge numbers of children who are often the forgotten victims of domestic violence. The campaign was created by BBH and supported by Facebook, who gifted all media space.

#givethemrefuge launched on Christmas Eve with a powerful short film encouraging viewers to share and donate to support Refuge’s specialist services, which are currently under threat from funding cuts.

Early results indicate that the campaign has already had a big impact. Traffic to www.refuge.org.uk from Facebook increased by over 1,000% during the campaign period. Charitable donations to Refuge increased by 89% whilst the number of people making donations has almost doubled. The film has been viewed more than 1.5M times and shared over 200,000 times.

Directed by Sing J Lee at Partizan, the film was tightly targeted to the Facebook feeds of 2.1M parents of children under 12 who use Facebook in the UK. Appearing similar to many of the happy scenes that fill Facebook over the Christmas period, the film shows a child being filmed by her older sister whilst happily unwrapping gifts under the tree. However, in the background, an unsettling argument unfolds between the children’s mother and father.

Whilst the film is fictional, it is very much based on what is a daily reality for the 750,000 children living with domestic violence in the UK every year. Domestic violence is at epidemic levels in the UK. 1 in 4 UK women will experience domestic violence at some point in their lives and 2 women per week will be killed by a partner or ex-partner in England and Wales. The lesser known and equally shocking fact is that 3/4 million children witness and experience abuse each year.

Sandra Horley, CBE, chief executive of Refuge says: “Women and children experience domestic violence all year round – and for many 25 December was like any other day, filled with fear and uncertainty.  Refuge supports over 3,300 women and children every day – women and children just like those in the video. On any given day two thirds of our residents are children. For those who escape and come to one of our refuges we offer so much more than a roof over a woman and her children’s head; we offer vital support that gives women and children the building blocks to start a new life.  We are delighted with the results of the #givethemrefuge campaign – thank you to everyone who shared the footage and donated to support Refuge’s vital services.”