Sharp has filmed for various TV shows for the Travel, Outdoor and Sportsman channels 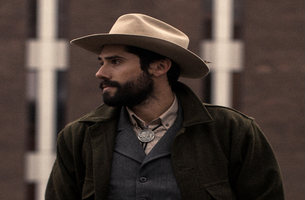 Digital studio Reel FX Dallas/Santa Monica has signed director Tyler Sharp for U.S. commercial representation. Sharp is a director, photographer, writer and creative director specialising in Americana/Western lifestyle, adventure, and sporting life documentary. Splitting his time between Texas, Montana, and East Africa, he is also a contributor to the Filson Life Blog, Garden & Gun, Modern Huntsman, Covey Rise and Texas Highways Magazine. His passion for exploration and ceaseless fascination for capturing authentic moments is evident across his documentary and branded film work, as well as his captivating photography.

Click HERE to view a reel of his work.

Notes Reel FX General Manager David Bates, “The truthfulness and authenticity of Tyler’s work caught our eye immediately, and we knew we wanted to work with him. He seems to have his finger on the pulse of humanity, telling stories that feel like they’ve been there all along. We’re incredibly excited to work with him, and be part of this next stage of his career.”

Adds Sharp, “It is quite an honour to officially join the Reel FX team as a director. I’ve had the pleasure of working with several team members on previous projects and I’m excited to be able to collaborate with the full team on a regular basis. With Reel FX being such a respected studio, I’m really looking forward to taking this progressive step in a new direction, and I can only imagine where it might lead.”

A Texas native, Tyler attended USC in Los Angeles, where he studied photography, film, psychology and Italian. His first photography gig out of college was in Tanzania, Africa, where he lived off the grid for six months filming and photographing safaris, and ignited a passion for finding the last frontiers. This newfound desire for adventure, combined with his passion for the outdoors, led Sharp to spend several years filming for various TV shows for the Travel, Outdoor and Sportsman Channels, taking him to over 30 countries, and on countless adventures.