Wahlberg joins for commercial representation in the Southwest & Midwest markets 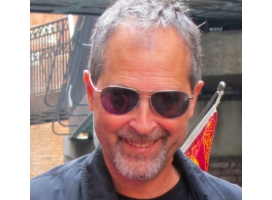 Digital studio Reel FX, Dallas/Santa Monica signs director James Wahlberg for commercial representation in the Southwest and Midwest markets.  Wahlberg is a complete visual storyteller, lending his considerable live-action, animation and VFX acumen to award-winning campaigns for AT&T, Budweiser, Bud Light, P&G, Microsoft, Miller Lite, Nintendo and Nissan.  Outside of spots, his long-form directorial credits include the Nickelodeon series, "The Fresh Beat Band," and before that, Wahlberg produced all of the content leading to the famed Comedy Central series “South Park,” including the pilot.  He has hit the ground running with a Reel FX-produced national campaign for Tyson Foods and two other forthcoming projects. Click here to view his reel.

Notes Reel FX live action Executive Producer Steve Johnson, “James is a renowned filmmaker who makes anything and everything jump off the screen.  He’s also a great friend and longtime collaborator.  I couldn’t be happier to be teaming his talents with Reel FX’s.”

Adds Wahlberg, “Reel FX’s ability to produce in long as well as short formats mirrors the mix of episodic TV and commercial content I’ve been drawn to over the course of my career.  I’m thrilled to be teaming up with Reel FX’s Steve Johnson once again.  He and I have a longstanding relationship, and have collaborated on many projects over the years.”

Wahlberg began his career in illustration and design before expanding into animation with Burbank-based Hanna Barbera, where he cut his teeth as a 2D animator on several television series.  He went on to found and serve as lead director of Celluloid Studios, an award-winning animation studio working in a variety of mediums.  Celluloid created a number of innovative commercials and alternative programming, and was home to the buzz-generating video Christmas card "Santa vs. Jesus,” conceived by Trey Parker and Matt Stone.

As his work expanded beyond animation, Wahlberg founded Visitor, a Santa Monica based live action sister company to Celluloid.  Through Visitor, he created scores of campaigns featuring the combination of performance and effects-driven storytelling on which he built his career.  Wahlberg was also a founding partner in Fusion Idea Lab, a Chicago ad agency best known for its inventive work for Anheuser-Busch, Fox Network, Expedia, Orbitz and Motorola.

Wahlberg was nominated for a 2013 Emmy Award in the “Best Director In A Children’s Series” category for Nickelodeon’s “The Fresh Beat Band,” and was Emmy nominated again this year for Best Children’s Show.  In spots, he recently won an Addy for Best Special Effects Commercial for a Scrabble 30 second. Over the years, he has also won Clios and NY Art Director’s Club Awards.