The move represents a continuing dedication to cause-driven VR work for Reel FX, having previously teamed up with AT&T’s ‘It Can Wait’ campaign 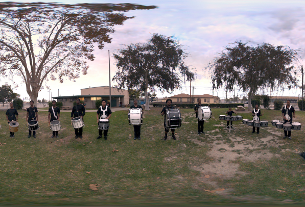 Dallas, TX/Santa Monica, CA-based Reel FX has stepped up with Oculus’ $1 million ‘VR for Good’ initiative, dedicating their internal talent and resources to inspire social change through immersive VR content that promotes empathy. Having crafted and developed award-winning VR projects for the likes of 20th Century Fox, Lionsgate, AT&T, Shinola, American Express, Hilton, GMC, Google and Legendary among others, Reel FX jumped at the opportunity to become more involved with Oculus’ exciting new initiative. In addition to their director Elliot Dillman crafting a 360 video for LA-based nonprofit Harmony Project, Reel FX leveraged their robust post-production resources. Reel FX editor Chris Collins cut Dillman’s film “In Harmony” and editor Quan Tran cut the “Notes to My Father” film on child trafficking, directed by Jayisha Patel. With a full studio that has produced Golden Globe-nominated feature animated films to original immersive storytelling, their entertainment and technology chops were essential to elevate the production values on these cause-driven immersive films to create the most vivid experience for viewers.

This is a continuing dedication to cause-driven VR work for Reel FX, having previously teamed up with AT&T’s ‘It Can Wait’ campaign to allow viewers to truly understand the horrific possibilities of distracted driving. The VR experience creates an unprecedented level of immersion to give viewers a 360 degree, lifelike account of what it is really like to text/post/video chat while driving and the potentially deadly consequences of glancing at your phone while driving. You can view a look inside the impactful experience, which was included in a panel discussion at SXSW 2016 and went on a 100-city tour, below:

Reel FX has been at the forefront of the burgeoning virtual reality industry, launching their dedicated VR/AR/Interactive division in 2014 as the sector was just beginning to gain its footing. Since then, they have continued to innovate by leveraging their superior technical capabilities and award-winning storytelling talent to create immersive stories that engage and reverberate with viewers long after the headset is removed.