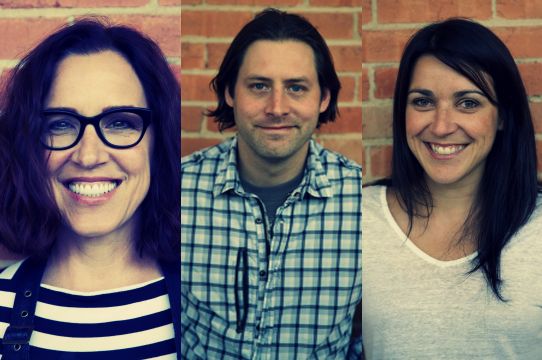 Reel FX Sales Director Fran Samaniego, says: “Summer brings extensive experience and new relationships from both the West Coast and Texas. Specifically, her relationships with live-action directors and other top talent in those areas will help our current roster continue to grow as we take on more and more turnkey jobs.  Will’s energy and excitement for our business are unstoppable. His passion for the work, and direct and genuine approach has built valuable relationships with creatives in the Midwest.”

Adds Reel FX Director of Digital Interactive Dan Ferguson, “Tina lives and breathes digital.  Having worked with her before, both as a client and business owner, she quickly establishes a level of credibility that in the long run, creates meaningful relationships.  It is a thrill to be working with her again.”
Summer Whitley has nearly 17 years in the film business, representing award-winning directors for nearly a decade as an in-house sales representative for Directorz, before launching her own company Summer Reps in October 2008.  Whitley flourishes in discovering innovative new talent and connecting them with seasoned media professionals.  She has worked with such top clients as Doritos, Home Depot, Patron, McDonald’s, Ford and Taco Bell.
After beginning his career as a commercial photographer, Will Andeer realized his talent for sales would be better applied on the other side of the camera in commercial advertising.  He dove in headfirst, successfully representing Mix Kitchen Original Music talent before joining Reel FX.  At Reel FX, he will leverage his diverse background to match top talent in broadcast and interactive with media professionals throughout the Midwest.
Tina Ghezzi got her start in the industry in Sydney, Australia in 2004 as a recruiter for a range of advertising and publishing clients.  She moved stateside in 2006, and in 2008, she landed a business development position at casual gaming studio Blockdot, working for Ferguson on casual games, mobile apps and interactive experiences for such agencies as ARC, DraftFCB, Sanders/Wingo, R/GA and brands like American Airlines, Cadbury, CarMax, National Geographic and Ubisoft.  Ghezzi also worked as a Sales Director at digital startups Screenshot Digital and LiveIntent, developing relationships and working with premium publishers and media agencies.  After crossing paths with Ferguson again, Ghezzi joined Reel FX to work alongside him and continue to grow the studio’s interactive division.
view more - Hires, Wins & Business