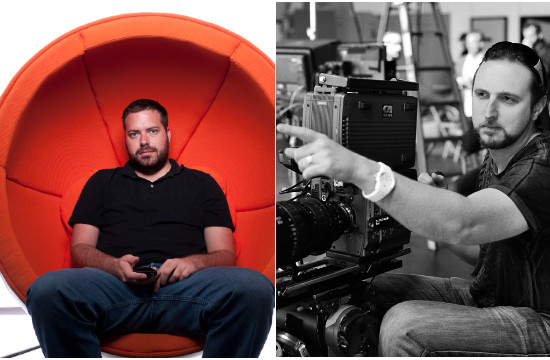 Digital studio Reel FX, Dallas/Santa Monica bolsters its live-action director roster with the additions of Ben Orisich and Justin Malone for commercial representation.  An award-winning director/creative director/VFX artist, Orisich has helmed multiple Super Bowl spots and national campaigns for ESPN, NBC, NASCAR, IZOD, Indy500 and ABC, among many others.  Reel FX will represent Orisich in Texas and the southwest exclusively.  Malone has directed spots for numerous agencies and has several award-winning narrative and documentary films under his belt including Undocumented, Hurry Up and Wait and Blue.  Reel FX will represent Malone nationwide.  The company’s roster also includes two other directors, Dale Carman and Kevin Althans.  Together they will handle turnkey, soup-to-nuts projects for which Reel FX will be also be the editing, audio, VFX and finishing company of record.

Says Orisich, “Reel FX is a creative studio that understands and values story development and visual excellence.  It's also a great environment filled with down-to-earth, super cool people who know how to create amazing work and have fun doing it.” Adds Malone, “Reel FX has such passion for great entertainment on many platforms.  I’m excited to be a part of that and their new focus on live-action.”

Notes Reel FX director/executive creative director Dale Carman, “This year, our goal is to increase our focus on doing turnkey jobs.  Like our other roster directors, Ben and Justin have immense production and post-production experience and talent.  We’re thrilled to be working with them.”  Carman himself is an award-winning director with countless live-action and VFX campaigns on his reel.

With nearly 20 years of experience in live-action, VFX, design, editorial and finishing, Orisich brings a vast understanding of the creative process to every project.  His recent accolades include a ‘12 Emmy®-nomination for his Indy500 opening teaser, as well as a ‘12 Grand award and ’12 and ’13 Gold awards for Directing at the New York Festivals Awards.

The Atlanta-native cut his filmmaking teeth at top New York VFX houses, working as a sought-after Flame artist and motion graphics designer before opening his own VFX shop, Home NYC.  He then transitioned to directing live-action and VFX-heavy campaigns as a client-direct freelancer out of Original Films and Bodega.

Dallas-native Justin Malone first broke onto the filmmaking scene with his feature documentary Hurry Up and Wait, which won festival awards all over the world and was picked up for distribution by Film Buff.  His first narrative short Blue is beginning its festival run at the 2014 Miami International Film Festival and Newport Beach Film Festival, among many others.  His 3rd feature-length documentary, The Destroyer, is slated to release in early 2015.

In the branded world, Malone has collaborated with the likes of The Richards Group and Duncan/Day on campaigns for Southwest Airlines, Boost Mobile and Tecate to name a few.