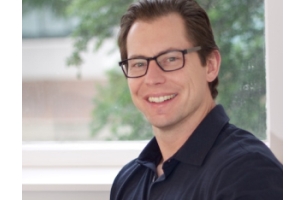 Digital studio Reel FX Dallas/Santa Monica has added Steve Nix as General Manager of its award-winning VR division, Reel FX VR. Nix will oversee all aspects of development, strategy and technology for the division, which has built a reputation as a leader in the VR and AR content space. He joins David Bates, who was recently named General Manager of the studio’s commercial division. Nix has spent nearly two decades embracing new technology as a senior leader in interactive entertainment. Prior to joining Reel FX, Nix was CEO and Co-Founder of Yvolver, a mobile gaming technology developer, acquired by Opera Mediaworks in 2015. His extensive experience in the gaming industry spans digital distribution and game development for major industry players such as id Software, Ritual Entertainment and GameStop.

Notes Nix, “Reel FX has shown incredible foresight establishing itself as an early leader in the rapidly emerging VR content space.  This foundation, combined with the studio’s resources will allow us to aggressively expand our VR content offering, combining storytelling, visual and technical expertise in a medium that I firmly believe will change the human experience.”

Nix graduated summa cum laude from Texas Tech University with a BBA in Finance, later earning his MBA at SMU where he was an Armentrout Scholar. He got his start in the gaming industry as CEO of independent game developer, Ritual Entertainment, an early pioneer in action games and digitally distributed PC games. Ritual developed and co-developed many titles including Counter Strike Xbox, Counter Strike: Condition Zero, Star Trek Elite Force II, Delta Force Black Hawk Down: Team Sabre, and 007: Agent Under Fire. He moved on to join id Software as Director of Business Development, prior to its acquisition by ZenMax Media, transitioning to the position of Director of Digital Platforms at the company. There he led digital distribution and mobile game development for some of the biggest brands in gaming including DOOM, RAGE, QUAKE and Wolfenstein. In 2011, Nix came on board as GM of Digital Distribution at GameStop, where he led the growth of new digital businesses, helping grow overall digital revenue at a 48% compound annual growth rate to $630MM during his time there.

Nix lives in Dallas with his wife and four daughters. For fun, he plays video games and endurance races old BMWs at road-racing tracks across the company.