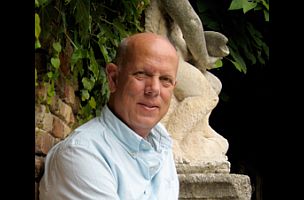 Digital studio Reel FX Dallas/Santa Monica has added Jim Riche as Head of Production for the studio’s commercial division. Riche is an innovative producer and VFX specialist with a lengthy track record of curating and managing production teams, artists and supervisors in major studios and boutiques alike. He has over 30 years of experience in production management and consulting for feature films, commercials, visual effects, live action, dark ride production and design/graphics. He has lent his talents to such top industry shops as Ntropic, Digital Domain, Troika, Nice Shoes, LoyalKasper and Blur Studio, among others. Riche will report to David Bates, General Manager of the Commercial Division.

Notes Bates, “We are thrilled to announce the addition of Jim Riche as our Head of Production. He has unparalleled experience in this industry and has worked with the best in the business. Jim’s depth of knowledge will add incredible value to our team and to our work, and we look forward to the impact he will have on our line-up of great projects and our studio in the weeks and months to come.”

Adds Riche, “I’ve followed the work of Reel FX since their earliest days and admired everything they do, from their award-winning spots to their Golden Globe-nominated animation feature, The Book of Life.  I am delighted to be working with David Bates and the team to expand the capabilities of the commercials division and make it even stronger.  The company has a strong core of cutting-edge technical capabilities combined with extremely talented creatives.  I’m looking forward to further growing their business and their reputation.”

Riche joins Reel FX from Blur Studio, where he established an innovative bidding and cost control system and consulted on major projects including the VFX for Deadpool. Prior to that, he was working as a freelance VFX Supervisor, VFX Producer and VFX Consultant for a number of high-profile post studios, handling many top projects and strategic endeavors, including an in-depth restructuring of a bidding, cost tracking and accounting structure for a large VFX company. Formerly, he served as EP/Head of Production at Ntropic, managing a staff of over 50 artists and freelancers in three cities, producing VFX and live action for high profile projects such as Underworld: Awakening and numerous ABC promos. Prior to that, he spent several years as Executive Producer/Head of Production of Commercials at Digital Domain in CA, managing a staff of over 80, running the commercial department and working on major VFX sequences in top films including Tron: Legacy, Percy Jackson and X-Men: First Class. Previous posts include Senior VFX/Live Action Producer at Troika Design, Executive Producer/Head of Production/VFX Supervisor at Nice Shoes/Guava/Freestyle Collective and Executive Producer/Head of Production/Lead VFX Supervisor at Broadcast Arts.

In addition to producing, Riche is also an award-winning fine art photographer. He earned a BFA in Photography from the Rochester Institute of Technology and his work continues to be showcased in exhibitions in Los Angeles, Palm Springs and NYC.  He is a member of the Producers Guild of America and also serves on the board of the Visual Effects Society Business, Labor and Law committee.

Based out of Dallas, Texas, Reel FX has over 22 years of experience as an award-winning one-stop studio for the creation of animated content including films, special attraction/live venue projects, commercials, and interactive projects for companies like Fox, Warner Bros., DreamWorks Animation and Universal Studios. The studio also maintains a short form division focused on commercials, music videos, theme park attractions as well as virtual reality content through its dedicated VR division, Reel FX VR.