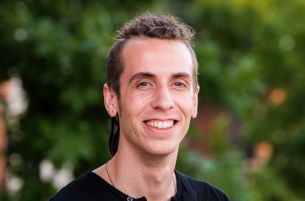 Digital studio Reel FX, Dallas/Santa Monica has added Chris Collins as Editor. Collins is a polished editor, voiceover artist and photography devotee with vast experience cutting spots for such top clients as Jeep, Ram, GameStop, Hasbro, T.G.I. Fridays, Salvation Army and Tostitos, among numerous others. Delivering exquisite craftsmanship and extensive knowledge in editing processes, he has paved his artful path through rapid promotions and innovative work on national and international spots. Collins’ most recent editing efforts include collaborations with top brand and agency clients, including The Richards Group, Moroch, D3, Mary Kay and others.

Click here to view a reel of Collins’ work.

Notes Reel FX General Manager David Bates, “A creative studio is all about the talent. As we continue the evolution of Reel FX, we¹re constantly looking for bright, young talent that will set the tone for the future of our studio. Chris is definitely a rising talent, and as excited as we are about what he¹s doing today, we’re even more excited about what he¹ll be doing tomorrow.”

“I am passionate about broadening my skill set to be the best editor I can be. I pride myself on being a one-stop shop; a Swiss army knife of video. Over the past year, I’ve seen new mediums gain momentum in advertising. Virtual reality, 360 videos, and their variations. Reel FX is the leading shop in town on the forefront of these emerging technologies and I’m excited to help them pave new roads in advertising,” adds Collins.

Michigan native Collins studied Film at Full Sail University but discovered his passion for editing in his teen years by shooting and editing videos for his high school's news program while simultaneously joining forces with neighbourhood kids to create video montages from gaming highlights. After acquiring a B.A. in Film, his drive fuelled a rapid break into the industry as he landed an Assistant Editor position for Renaissance Television and Film then for 3008. Throughout his time as an Assistant Editor, he collaborated with premium agencies on major projects including multiple Super Bowl Ads and international productions in Vancouver and Barcelona. In the midst of many editing endeavours, Collins also served as voiceover talent in spots for Jeep, Twin Peaks, Caliber Collisions and Funyuns. After two short years, Collins was promoted to Editor at 3008 where he used his dexterous editing skills to cut spots for high-end clients on a diverse range of branded campaigns.