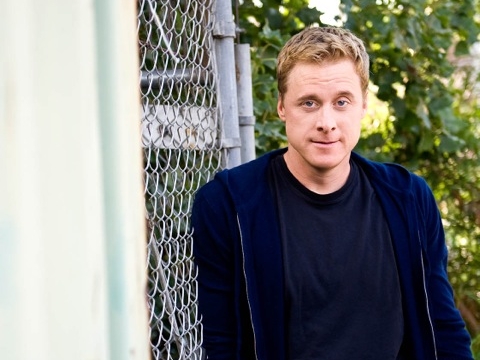 Redbear Films has signed director Alan Tudyk for his first-ever U.S. commercial representation.  Tudyk, a regarded actor with memorable roles in films I, Robot, Knocked Up and Frozen, and TV shows Arrested Development, Young Justice, Suburgatory, Firefly and many more, has hit the ground running helming a new campaign for Slickdeals produced direct-to-client.

Tudyk will also be directing a scripted series, Con Man, produced by Redbear founder PJ Haarsma and actor/producer Nathan Fillion (Castle, Serenity) in 2015.  Con Man will star Tudyk, Fillion and others soon to be announced.

Says Tudyk, “I enjoyed directing the Slickdeals spots for Redbear and look forward to doing more. I have known PJ Haarsma for many years and have recently been collaborating on several original projects. I have been lucky enough to work with some amazing directors over the past 20 years.  My directing style is borrowed from them all.  Imagine if Frank Oz, Mike Nichols, Joss Whedon, Curtis Hanson, Judd Apatow, Brian Helgeland, Jay Roach, Tom Shadiac, and Michael Bay all had sex to produce a director baby, I aspire to be that baby."

Adds Redbear Films’ EP/Founder PJ Haarsma, “Not only is Alan amazing with talent, he is an unbelievable storyteller and his comic timing is genius.  I can't express how thrilled we are to have him at Redbear Films.  We're going to create some amazing things together."

Alan Tudyk has appeared in myriad television shows and over twenty feature films.  His talents traverse drama and comedy, and he is appearing in the upcoming, Welcome to Me, with Kristin Wiig.  He is currently shooting the Jay Roach feature, Trumbo, opposite Bryan Cranston, Dianne Lane, Helen Mirren, John Goodman, Louie CK and Michael Stulbarg.

Tudyk’s role in Disney’s hit animated feature, Wreck it Ralph, garnered him an Annie Award for his role of King Candy.  He has also been nominated for an MTV Movie Award and SAG Award for his roles in Dodgeball: A True Underdog Story and 3:10 to Yuma, respectively.

Tudyk grew up in Plano, Texas before attending the prestigious Juilliard School in New York.  He has starred on Broadway opposite Kristin Chenoweth in Epic Proportions, played Lancelot with the original cast in Monty Python’s Spamalot, as well as the lead role of Peter opposite John Mahoney in Prelude to a Kiss.

Now a longtime Angeleno, Tudyk has a modest taxidermy collection and enjoys beginning DIY destructive construction projects.  He assumes he would one day enjoy finishing one.  He has two dogs, Raisin and Aunt Clara.  Raisin is a rescue and Aunt Clara is a miracle of brother on sister incest.  Alan has a motorcycle that is cooler than him and writes songs that he refuses to play for anyone.