Red Sox's "Take Me Out to the Ballgame" 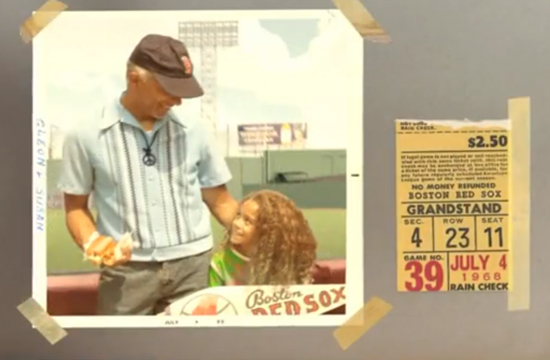 Brickyard VFX co-founder Dave Waller both developed and directed "Take Me Out to the Ballgame," his second spot in a campaign celebrating Fenway Park's 100th anniversary. The spot is currently airing, and follows Waller's "Splendid Splinters,” which aired earlier in the season. The Boston Red Sox and local ad agency Conover Tuttle Pace tapped Waller and Brickyard VFX to create two spots for the four-spot campaign.

“Take Me Out to the Ballgame” takes a deep plunge into the Red Sox archives to show Boston fans from the past 100 years taking their children to Fenway Park for the first time. “The idea came from a family photo of my grandpa taking me to my first game,” says Waller. “We built off of that idea to show Fenway through the ages via a series of intimate fan photographs. So much of what you see in sports is so loud and action-packed, but with this milestone it seemed like the right time to do something more sentimental.”
Brickyard’s pipeline included Adobe Photoshop, Autodesk Flame, and Autodesk Maya for compositing, achieving the scrapbook design, and more. The version of “Take Me Out to the Ballgame” used in the spot was performed by Larry Goldings, pianist and Boston native.
Splendid Splinters: