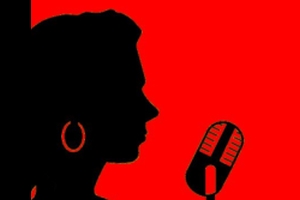 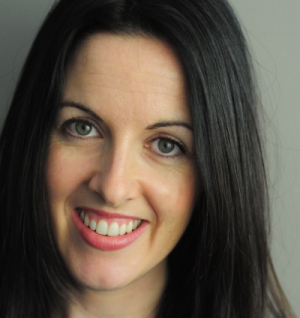 I picked up a message from an audio producer friend of mine. I've known him for a few years and have always enjoyed working with him. He's a freelance so his projects are often varied and interesting. We've recorded anything and everything from museum audio guides to sat-navs, radio plays to online dictionaries. Our latest project had involved me voicing a baby penguin and singing as a duck. With a lisp.

So I was intrigued when I listened to his voice mail. He sounded nervous and more than a little flustered. "Er, Jenny? I have a, er, potential job for you, if, er, you're up for it? Oh! Er, sorry, I didn't mean that. I meant up to it. If you're agreeable, er, keen, er, interested?"( Loooong silence...... ) "Look Jen, can you just call me back please?"

After my initial shock and nervous giggle, I stuttered, "Can I think about it?"

So. What was it like......? Well, it was kinda fun actually. Empowering, even. Mr Producer blushed a few times when certain steamy phrases tripped off my tongue and when I tied myself up in vocal knots describing the pleasures of cable ties, rope and duct tape. But overall I'd say it was an enjoyable experience. (I even picked up a few pointers). And it certainly made a change from voicing singing ducks. One thing's for sure though – a jobbing V/O's work is never dull. 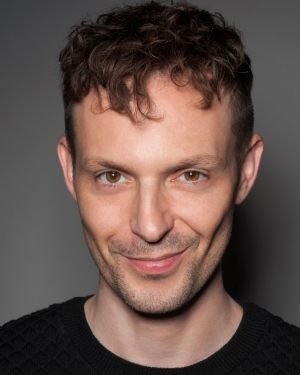 I arrived at a film-dubbing job, delighted to see a friend of my mum's among the cast of actors who were re-voicing the movie that day. I'd recognise her elegant, white mane anywhere, and had enjoyed working with her once before in a radio drama where she had delivered a touching performance as my kindly grandmother. I'd been advised that the film was set in the 16th century, so no modern turns of phrase would be allowed in the improvised crowd scenes.  Primed for the usual scenarios of markets, hangings, and cathedral services, I was feeling relaxed; having recently been asked to improvise some close lip-sync for an extra who looked 60 years older than my voice could sound, and who had to speak in Latin.... this would, in comparison, be a breeze.

The first scene to cover was a medieval brothel where the ladies were a touch on the senior side. I sank into my seat as the casting director paired me with my mum's friend to cover the "groans and utterances" required for the two extras in the background who were going at it nineteen to the dozen. "It's a fairly long scene", said the director. "So we'll need you to keep going for about five minutes." We all know that icicle-down-the-neck sensation that is watching telly with your mum and dad when a sex-scene starts up. Because of the mic position I, thankfully, didn't have to look my mum's friend in the eye, but she really threw me when she, in character, shrieked, "F*** me!  F*** me 'til I fart!!"

At the end of the session, she grabbed my arm and whispered, "Our little secret; I won't tell if you don't... You were MARVELLOUS, by the way!"  And with a flick of her hair, she was gone, leaving me to totter through Soho contemplating the various meanings of ‘fifty shades of grey’... 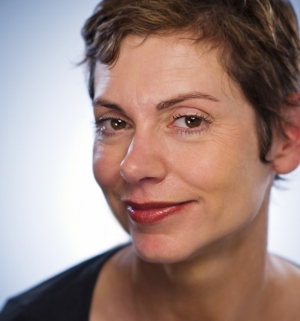 I narrate a lot of books for women of a certain age - the ones who take large print books out of the library on a regular basis – and which often have some excruciating sex scenes in them. Which is why Viz magazine called them Menoporn.

The novels are usually written by an author who produces a book every 3 months and uses the ‘copy and paste’ function frequently.  She – it’s always a ‘she’ - has been brought up on Mills and Boon 1960s style, where the men are saturnine and the heroine always has grey eyes.

Prepping the book makes me laugh and yet feel vaguely nauseous as the line between rape and sex sometimes is a fine one. And then I have to sit in a small booth with a tired, bored engineer outside and read pages of overwritten and under-edited text.

I know we are heading to the sex bit – I start to feel anxious. My heart speeds up and my mouth dries out.  Oh please, I whisper frantically to myself over my increasing panic, let me just get through it without too many fluffs and clicks or cock-ups. Or double entendres. Some hope.

There’s no way I can get my mouth round the ‘throbbing shaft’ which is always ‘enflamed’ or ‘engorged’ and ‘thrusts hot and hard’.  In increasing desperation, I try not to think of the engineer but the reader – though that hardly helps. When I think of her (it is always a ‘her’), I imagine an old lady in sheltered accommodation knitting innocently but gleefully pleasuring herself with a sly giggle.

“Can we just drop in on ‘the straining pulse of his urgent manhood’” asks the engineer.

As a professional, you read as you would for any story, making the characters real, bringing the text to life using techniques of pace, pitch and tone. But sometimes … it’s hard. 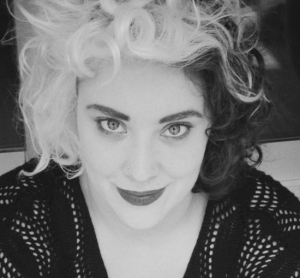 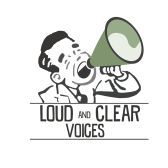 News from Loud and Clear Voices 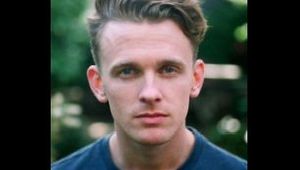 Work from Loud and Clear Voices