Behind the Work 322 Add to collection 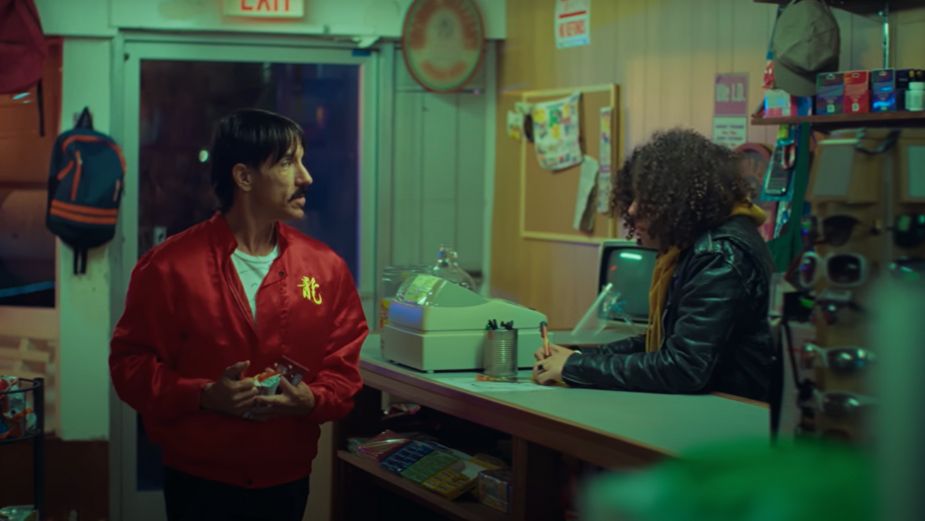 These Are The Ways is the latest music video from Red Hot Chilli Peppers’ new album, Unlimited Love, which sees the band reunited with guitarist John Fruiscinate after a 16 year break. The video is an action-packed adventure where Anthony Kiedis is chased by police through multiple locations - house parties, backyards, past paparazzi, entering and leaving apartments, and shoplifting from stores. Full of kinetic energy, the video juxtaposes chaotic chase sequences with moments of lyrical calm, with Kiedis in motion throughout.

Directed by Imposter’s Malia James, it’s a tribute to scenes from classic Hollywood films like Run Lola Run and Point Break (which, fortuitously, Kiedis starred in). Familiar with Malia’s previous work, the band entrusted her with the vision wholly, resulting in a colour-drenched retro-esque visual feast that matches the song’s energy, with editing from WAX’s Drew Balke. Filmed in only two days, and with an injured leading man, the whole team worked tirelessly under Malia’s direction to get every shot just right.

Today, LBB’s Zhenya Tsenzharyk spoke with Malia James about the meticulous planning that goes into her shoots, how she maximised her time on set, the inspiration behind the videos’ concept, and why she thinks it’s “one of the best pieces” she’s ever made. Zhenya also spoke to editor Drew Balke about his editing references, making a chase feel like fun, and making difficult creative decisions for the final cut.

LBB> These Are The Ways is one action packed music video. What was the initial inspiration behind it and how did that shape the video?

Malia> I’ve wanted to make a chase video for years as a tribute to the classic Hollywood scene, inspired by Point Break, The Graduate, Run Lola Run, etc. I loved the idea of the protagonist running through slice of life moments. The concept needed a strong, driving track and someone who could carry the role. The first time I heard the track, I knew it would be a perfect fit. It wasn’t until we’d started production that I remembered Anthony was in Point Break, so it feels meant to be.

LBB> Did you use any references or inspiration for the final edit?

Drew> The two most prominent references for the editing style in this video were the chase scenes in Point Break (1991) and the most recent season of Euphoria. Both of those scenes are long, chaotic, and anxiety inducing. In the end, I think this music video leans more toward fun than anxiety but I certainly drew inspiration from those scenes to match the intensity.

LBB> Where did you shoot the video and why did you choose that specific location?

Malia> I wanted to paint the picture of the American landscape with a variety of moments he’d encounter. I’m always drawn to timeless locations that lean a little retro, so we chose two houses that would offer a lot of variety of spaces and had a lot of texture and charm. I would have loved to capture some grittier spaces if we’d had one more shoot day, but production is always a process of working within what you have available. I applaud our production designer, Cass Surina, and her team for how much they were able to maximise what we had on location and inventive ways of creating more obstacles for Anthony.

LBB> What was the production process like and how long did the shoot last?

Malia> The video required an immense amount of planning. The track was on the longer side and the success of the concept was reliant on us seeing Anthony move through as many spaces as possible. I had to maximise our locations and plan for entrances, exits, and stunts that happened in line with what happened in the track.

Each drum crescendo needed to have tension building with some payoff at the end. I made diagrams of the houses to outline his run paths, mapped out how much time each musical section of the song lasted so I’d know how much footage I needed in each part, and then made notecards for every scene that I laid out on a table to find the best narrative order. Everything was precisely mapped out in my head beforehand so that I could then focus on creating natural moments with the talent on the day.

Anyone in production knows that it takes an army to bring these visions to life and I’m immensely grateful for the team I had on this one, especially my long time DOP, Drew Bienemann, who moves as quickly as I like to work and keeps a good vibe going until the very end. Everyone on the shoot, talent and crew, were both talented and good spirited. We had two jam-packed, late night shoots, but we had a lot of fun throughout the shoot. It’s always my goal to execute with precision and enjoy the process. 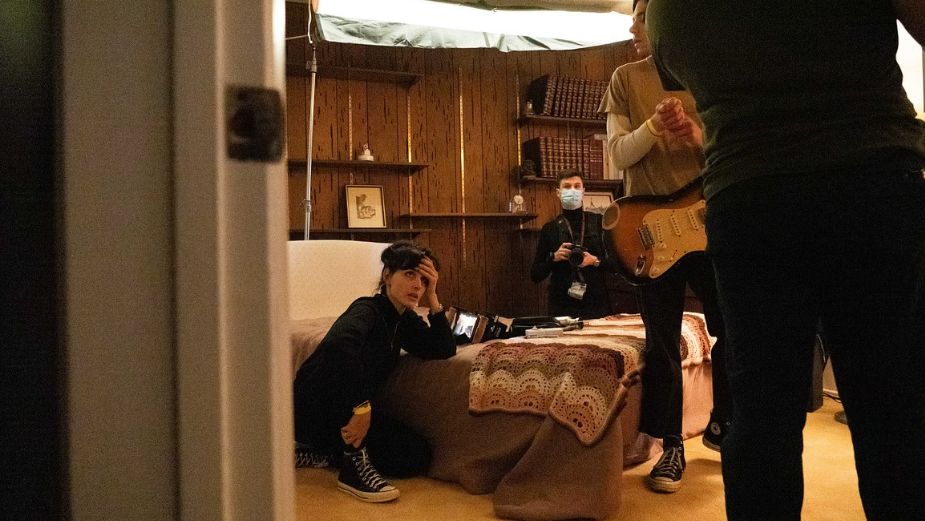 LBB> The video is full of kinetic energy and movement. Why was this important to the video/song?

Malia> “These Are the Ways” was interesting to work with because of the stark contrast between the tenderness in the verses and the raucous energy in the chorus and how quickly the track switches between the two. I wanted the chase to grab hold of the viewer and keep them gripped until the very end. It’s always important to me that the pace and energy of the video line up with the track. The success of a music video is the perfect marriage of sound and picture and it’s what I love most about making them.

LBB> How did editing help to achieve this?

Drew> The goal while editing this video was to tell the narrative story of the film while also visualising the musical story of the song. It was all about matching the energy of the chase to the energy of the music. Each vignette had to be just the perfect length so that the next one would hit its musical cues, and within each vignette we had to make sure the right actions and cuts were syncing up with the right musical elements. Malia’s background in music made her a great director and partner for achieving this vision.

LBB> There are a lot of rich colours, shifting from scene to scene. What did you want to convey with this?

Malia> Though my personal wardrobe is almost entirely monochromatic, colour has always been a big part of my work. It was important to me that the video be punchy and saturated to mirror the energy of the music. Kaitlin Batistelli at Ethos has been my sole colourist for many years and she did an amazing job on the grade.

LBB> Did your musical background help with the shoot at all?

Malia> Absolutely! There’s a lot of really exceptional musicality in the track (RHCP are legends, to say the least) and it was important that we honour that. My ear helped me attune to the pace of actions, movement, and tension. Everything in the video is in service to what’s happening in the song. 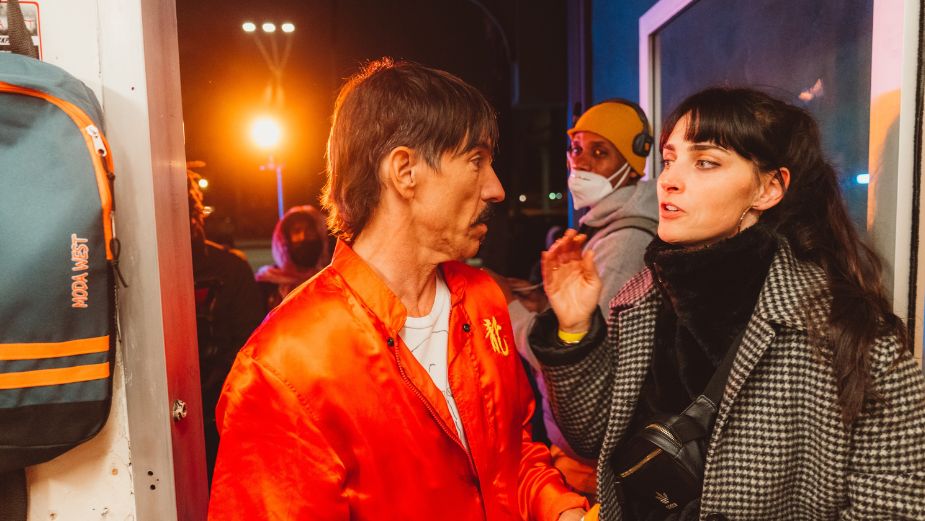 LBB> How closely did you work together and what was the creative relationship like?

Drew> Malia and I worked very closely. We've worked on a couple of commercial campaigns in the past and share similar preferences in editing style. We both aim for the perfect marriage of picture and music, so this was the ultimate project to collaborate on. It was totally her vision, I was just grateful that she trusted me to help put it together.

Malia> It all comes together in the edit, as they say, so I like to be really involved in the cut - especially for music videos. As a musician, I want as many actions as possible to line up with something that’s happening musically. It’s important, if not essential, for me to work with editors who have a musical ear and can catch micro beats.

Drew is amazing. He’s definitely one of my favourite editors I’ve ever worked with. It’s rare you find someone who has an equal amount of talent and persistence who also has a great attitude. I’m grateful that Drew went with me on the journey to get the edit as tight as we did. When we were cutting the last 45 seconds of the video, I kept saying “more shots, more chaos.”

I feel it’s one of the best pieces I’ve ever made. I've been happy to have the video so well received and I’m feeling inspired and excited to make more work!

LBB> What was the most challenging part of working on the video and how did you overcome it?

Malia> Shooting as much as we did in two days was a challenge, as was maximising the locations and organising all of the various elements happening - narrative, performance, stunts, and stunt driving.

Anthony sprained his ankle at the start of day two so we had to re-think a lot of his scenes for the remainder of that day, which was horrifying considering the video was all about him running. He was a trooper and worked through the pain for many of his scenes and, when he couldn’t, we were able to adjust certain angles and utilise his stunt double.

Drew> One of the greatest challenges was just deciding on which performance footage to use. Some of the best pieces of footage occurred at the exact same moment in the song. For example we had to choose between showing Anthony Kiedis singing from the window of the motel room, or a closeup of John Frusciante’s hands playing guitar. Both moments were equally important to the music and both were shot beautifully, but only one could make the final cut.

LBB> Finally, what was it like working with the Red Hot Chilli Peppers - what was your favourite part?

Malia> So lovely. Anthony was a fan of my previous work and, because of that, the band trusted my vision and were almost entirely hands off. I’m honoured they wholeheartedly trusted my vision.

The highlights for me were my conversations with Flea leading up to the shoot and being in the room for the band’s performance takes. There’s an energetic difference when you witness people of their calibre perform.

I was told the band all agree that the video was their favourite they’ve ever made and I couldn’t think of a higher compliment.

Drew> My favourite part about working on the video was watching it from start to finish for the first time, once we really had everything in place.

We had been working on the ending in isolation for a while, just going through each frame and making sure all of the rapid fire edits were in sync with the track. It was an adrenaline rush to finally play it down. It's so satisfying to see a film and a song bring each other to life. 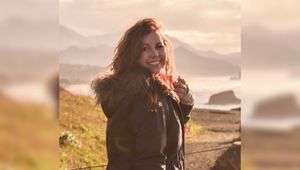 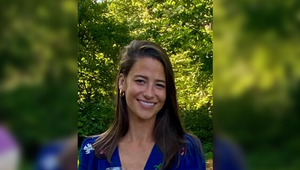 WAX Welcomes Maggie Sloane to Its Roster of Editors 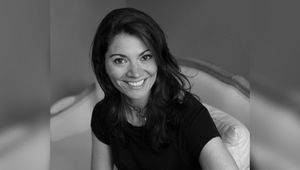 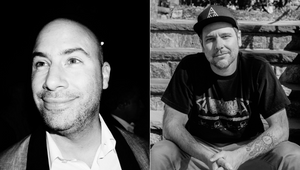 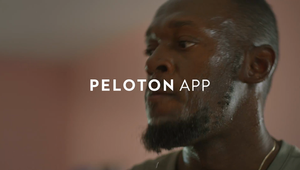