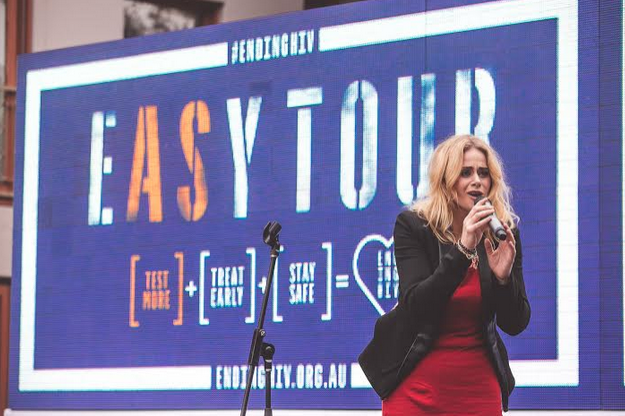 Red Guerilla, the brand experience division of Red Agency, has kicked off HIV Testing Week with the launch of the EASY TOUR, featuring an impressive line-up of music performers.

Aimed at raising awareness for HIV testing and encouraging at-risk people to get involved, the EASY TOUR is visiting locations in the Sydney metropolitan area, as well as regional locations in the Illawarra and Hunter Valley. The tour’s first stop over the weekend in Surry Hills saw support from Olympic diving gold medallist Matthew Mitcham.

Nigel Hickey, head of brand experience and content, Red Guerilla, said, "We're very pleased to be working with NSW Health and ACON on HIV Testing Week this year. After holding pre-launch events in Surry Hills and Bondi over the weekend, we've already seen significant reach and awareness online as we look to drive a new conversation  as part of our efforts to end the transmission of HIV by 2020."

Director of the Centre for Population Health, Dr Jo Mitchell said, “We need to keep HIV testing top of mind. Using music as a platform helps make conversations about sexual health and HIV part of the norm.”

“NSW Health has made significant progress in making HIV testing easier and faster by providing a mix of high quality, safe and innovative testing services including rapid HIV testing, express clinics, after hours and drop in clinics, faster results and online booking which are all part of a new era in HIV testing in NSW. People can also request a test at their GP.”

HIV Testing Week will run over seven days from 1-7 June. People will be encouraged to show their support for ending the transmission of HIV by 2020 and join the conversation using #EndingHIV on social media.