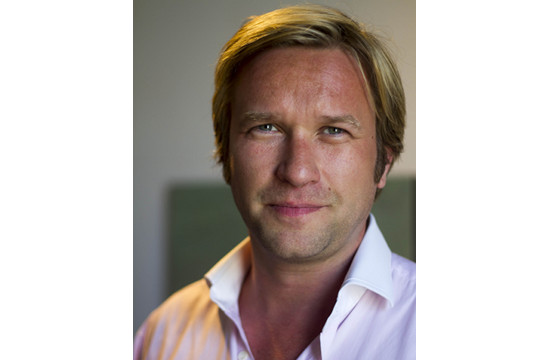 The rush of new talent continues at Red Car, New York. Shortly after adding Scott Spanjich as its new Managing Director, the creative editorial and post production boutique has signed Editor Nick Lofting to its roster.

Lofting was most recently with Crispin Porter + Bogusky L.A. where he was the editor for the agency's in-house facility, Plus Productions. At Red Car New York he’ll join a roster that includes Editors Deirdre Bell, Charlie Cusumano, Greg Letson and Keith Olwell.

Also joining Red Car New York is Staff Producer Valerie McAndrews, who brings an abundance of agency and post experience to Red Car. Most recently she was at Scarlett, the post house dedicated to fashion, beauty and luxury brands that’s part of the Lively Group.

Lofting got his start with Saatchi & Saatchi in the UK before moving to George Patterson Bates (Y&R) in Sydney.  He later moved to Sam Snead Editing in London before taking his first position in the US with Chrome in Los Angeles  From there he worked at other top shops on the West Coast, including Union, Lost Planet and Jump.  His spots have been recognized at such competitions as AICP, Cannes and D&AD, as well as at numerous international film festivals.

His work is performance-driven, intricately-paced and stylish, as evidenced in his recent efforts on the 2013 AICP shortlisted commercial “Miss Know-It-All” for Netflix, and in the music video for Solange's “Losing You,” which is nominated for five 2013 MVPA Awards.

Red Car New York Managing Director Scott Spanjich says Lofting's experience, style and enthusiasm for the work makes him a terrific addition to Red Car.  “Adding Nick to our roster is a great move, especially for our New York office,” he says. “In addition to being a great editor and storyteller with deep relationships with directors, he also brings an insider’s perspective to working with agencies thanks to his stint at CP+B. We’re looking forward to tapping his talent and insight across our network.”

Lofting says the boutique feel of Red Car played a big part in his wanting to join the shop, as well as a desire to be part of what Spanjich is building in terms of a new hub of editorial and post production talent.  The national presence of the company is appealing too, he adds.  “They’re all over the country and they have a terrific group of people running these offices with a great support team in place.”

And then there’s the creative foundation of the shop. “Red Car really has a legacy of great work that many of the top editorial houses in London followed,” Lofting explains.  “I’ve been a huge fan of Larry’s work for years,” referring to Red Car’s founder, Editor Larry Bridges.

McAndrews’ background covers a wide range of post production and production roles.  A former associate broadcast producer at ad agency Gotham, Inc, she was most recently a producer at Scarlett, where she produced VFX and design work for such clients as L'Oreal and Tresemme.

“Val knows every aspect of what goes into executing demanding post production jobs these days, which is what attracted us to her,” says Spanjich. “Given the changing nature of what we’re being asked to do now in editorial and post, having her skills in-house will be an enormous boost for both our staff and our clients.”

All Red Car editors are available nationally through the Red Car offices in Dallas, Chicago and L.A.  Red Car New York is represented by Carolyn Hill of Carolyn’s Office. Recent projects include work for such brands as Olive Garden, P&G, Google, Audi and Toyota, and collaborations with such agencies as Grey Worldwide, Barton F. Graf 9000, Saatchi & Saatchi and Fallon, among others.