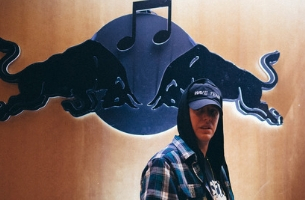 This year, the organisers of the annual Red Bull Music Festival, working with agency YARD and Free Your Funk, came together to develop Brooklyn Paris, a unique mixtape project.

The collaboration, featuring superstar beatmaker Harry Fraud (Nicki Minaj, The Weekend, A$AP Rocky, Action Bronson..) led to a revolutionary 7-track mixtape, released last week. For the project they worked with a group of up-and-coming Francophone rappers from around Europe. The artists were selected by agency Yard who also sat in on the sessions and produced all of the tracks.

This project illustrates Yard’s expertise in entertainment, an increasingly important priority for agencies and brands. As barriers between brands and culture continue to blur, new and unique uses for content are being developed every day.

This past May Harry Fraud came to Paris to absorb the inspiration the city has to offer and, in one week, build a bridge between the universe of a New York producer and those of the artists who accompanied him into the studio (Dinos, Infinit’, Blu Samu, Sklimka & Di-Meh, Jok’Air and Krisy, and TripleGo). Fraud uniquely tailored each track to the individual artist’s style, and developed original instruments specifically for the project, resulting in a varied mixtape that reflects the talent of Fraud and each of the different artists. As a privileged contributor, Yard managed the project from beginning to end and produced the music videos for each track.

This Friday September 28 they will be performing the tracks live for the first time at the Red Bull Music Festival.