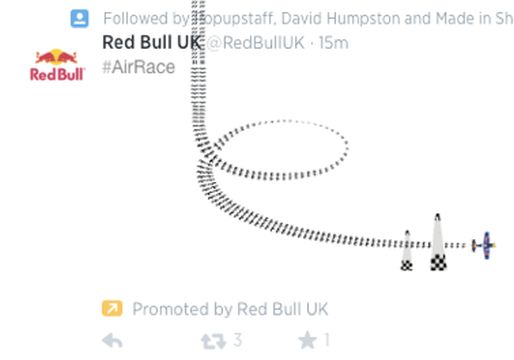 For its upcoming Air Race in Ascot, taking place on August 16-17, Red Bull UK's joined forces with agency Darewin to bring the excitement of the event to Twitter streams.

The first tweet, which features a stunt plane whose plumes break through the Twitter design code and into other tweets, went live on July 30th:

The Red Bull Air Race is a global championship that attracts renowned pilots and is known for extraordinary air feats. "It was the event that inspired us," said Darewin founder and Creative Director Wale Gbadamosi-Oyekanmi. 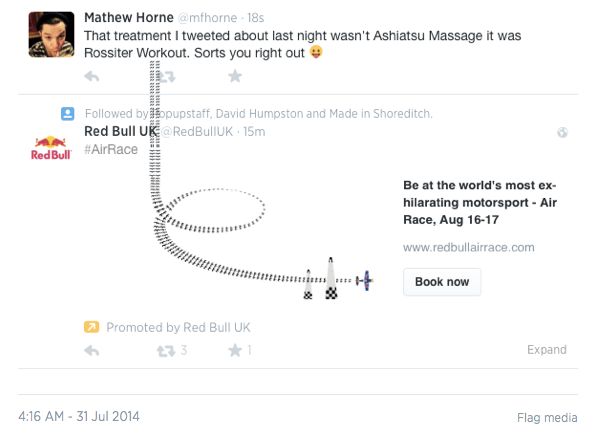 "We wanted to take the wonder you feel when you watch stunt planes do something unexpected, and bring that feeling to Twitter. That's how we came up with the idea of the first-ever Twitter-based stunt plane."

Visit the website for more information on the Red Bull Air Race. To see the stunt plane's upcoming tricks in your feed in days to come, you can follow @RedBullUK on Twitter.