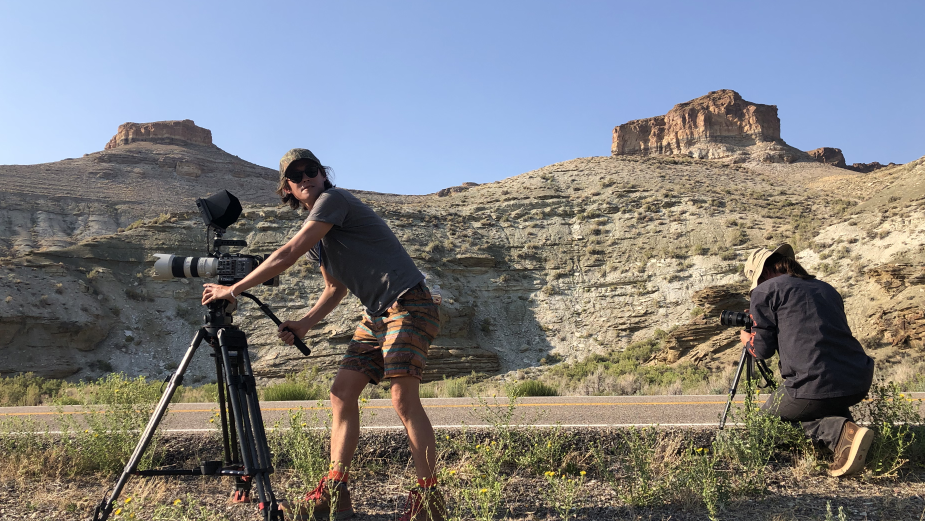 It’s Halloween this weekend and it just wouldn’t be the same without our favourite spooky family. To coincide with the release of this Halloween’s must-see animation, The Addams Family 2, JOJX Director Ace Norton produced a spot for the Go RVing program, that turns a crowd of campers into an orchestra that plays the iconic theme tune.

The creative campaign makes the music with foley sounds of steaks sizzling, doors slamming and anything you can possibly imagine to do with an RV - all designed and captured by JSM Music. Shot in a hauntingly beautiful - but remote - canyon in Wyoming, the spot required some intense planning. In the end, the shoot turned out to be a Halloween holiday to remember for both the crew and the ‘incredible people they met along the way.’

To get a glimpse behind the scenes, LBB’s Ben Conway spoke with JOJX director Ace Norton about choreographing a vehicular orchestra whilst avoiding mountain lions, and JSM Music’s CEO, CCO Joel Simon about recreating the iconic Addams Family theme with authentic foley sounds.

LBB> Tell us about yourself, Ace!

LBB> How was the shooting process for this spot?

Ace> We shot in a small town in Wyoming. My line producer, AD, DoP, and I - all LA-based - travelled out there together with all our essential equipment and basically shot this documentary style. We met some incredible people along the way. All the talent were real ‘RVers’, with a completely unique story to tell.

LBB> What is one thing that stands out from the shoot?

Ace> Just all the incredible people we met along the way. One of the guys was a coal miner on vacation with his family. Another sold her house to live this nomadic, campsite to campsite lifestyle. Another owned a wine bar in San Pedro and documented all his RV adventures on his video blog - he actually shot BTS of the whole shoot.

Everyone was so welcoming, salt of the earth, with a completely unique perspective on life and a story to tell… 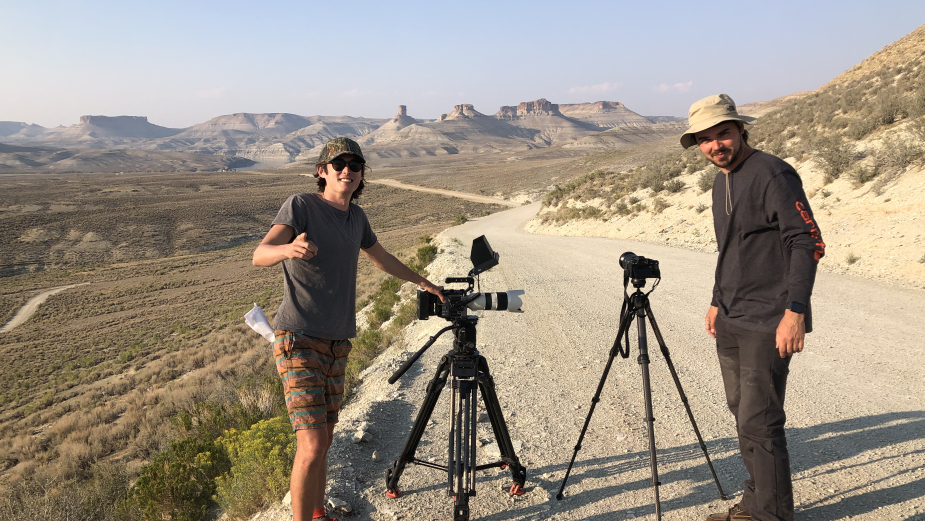 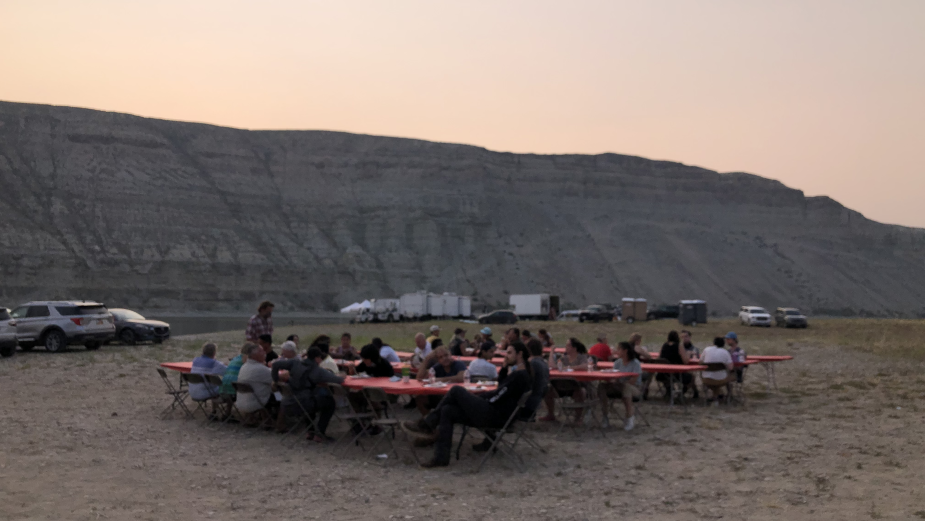 LBB> The music is obviously a huge part of the spot and is what holds everything together. Joel, could you talk us through the process of recording the soundscapes?

Joel> We got involved at the very beginning during the concepting phase. Well before the entire production team was even assembled. We have done many of these types of projects in the past. Some of which also utilized existing well-known compositions.

All the audio was created by us at JSM - we foleyed virtually everything. Everything was authentic. It all needed to be. We created the sounds of what we were going to see and made sure that all the respective pitches of those sounds stayed true to the melody. It was the sequence of those sounds and pitches that helped dictate the flow and sequence of the film.

LBB> What is your reaction when you get to work on those projects with iconic music such as the Addams Family theme?

Joel> I was psyched. The whole company was really psyched to reimagine one of the most famous and iconic TV themes of all time in this type of way.

LBB> There is such a variety of creative shots in the spot, how was the process of planning each ‘instrument part’ for the production team at JOJX - with both visuals and audio in mind?

Ace> JSM already created the track, so we used that as the backbone for the shoot - it almost became the shot list, in a way. Then on the day, we matched those sounds as best as we could. We basically shot the song live - leaving a little bit of room for experimentation in post with additional sounds and shots we could shoot on the fly. I wrote a simple shot list written on a piece of paper, no storyboards or anything like that. We all agreed Storyboards would complicate things.

It was just a ton of preplanning - organizing the RVers, getting them all into position, then basically covering the hell out of the performance from as many different angles and interiors as possible. For coverage, we had a drone and two cameras, handheld. 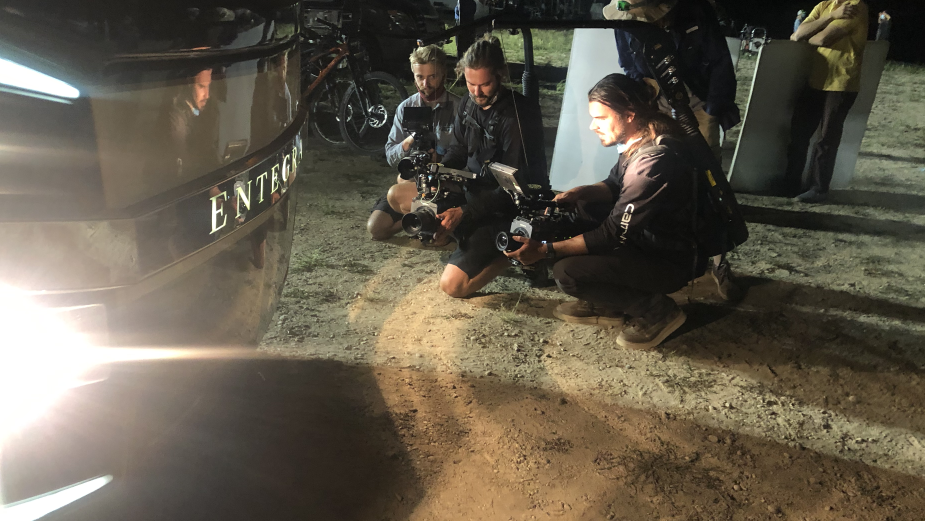 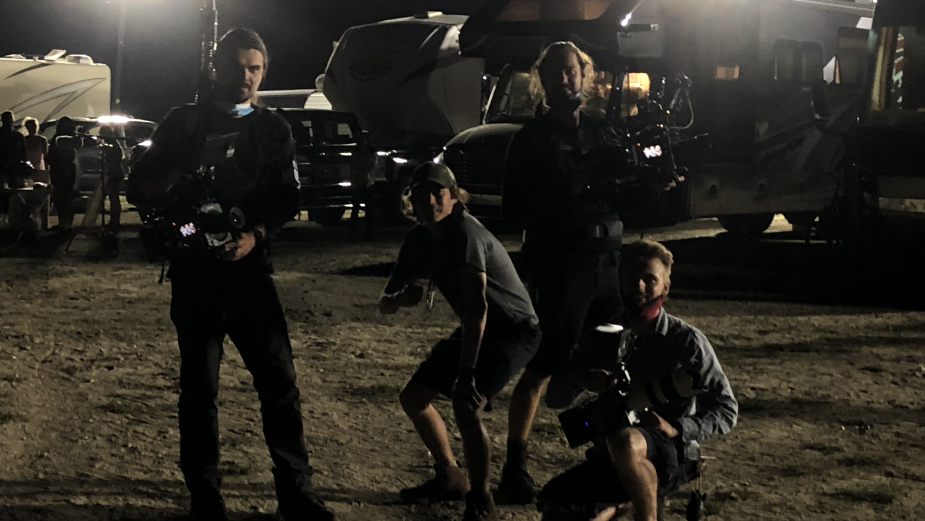 LBB> With all this preparation, how much room was there for spontaneity on the shoot?

Ace> We had the track, and the shot list was very specific but there was also a decent amount of spontaneity. If we saw something that might have a good sound or a funny cutaway, we’d just shoot it - the more options in the edit, the merrier.

On the tech scout day, me, the AD, and DoP decided to call an audible. We already had the drone on location, so we decided to shoot ‘the approach’ - all those shots of the caravan driving and arriving at the location - to lighten our load for the other shoot day. It made our lives much easier considering it was a night shoot and we were worried about potentially losing talent.

LBB> Were there any ‘instrument parts’ that were particularly difficult or needed a few attempts?

Ace> Turning the lights on and off all the RVs with the big stadium lights at the same time and coordinating that at once, was a bit of a thing. These people are not film crew, so it took some coordination. Our AD MO, is a total stud and had everyone on the walkie and with lots of rehearsal. So, we finally got it all down to a T.

LBB> How meticulous was the production in terms of timing? Was there assurance that the sound and timing would be tidied up in post?

Ace> With these sorts of sound projects, we came in and had a rough idea and skeleton of the track, then in post, we added additional sound effects and shots to embellish the instrumentation a little. A bike bell, a horn honk, a row of cabinets - those sort of quick cuts can be added to the offline edit, to add flesh to the track. It was the perfect marriage of pre-and post-production.

We had a music choreographer on set who helped the talent a lot. Some of the RVers had some musical experience, others had never played anything, so he was there guiding them through the instrumentation and choreography - finding clever ways to make music from found objects, kinda like ‘Stomp’. 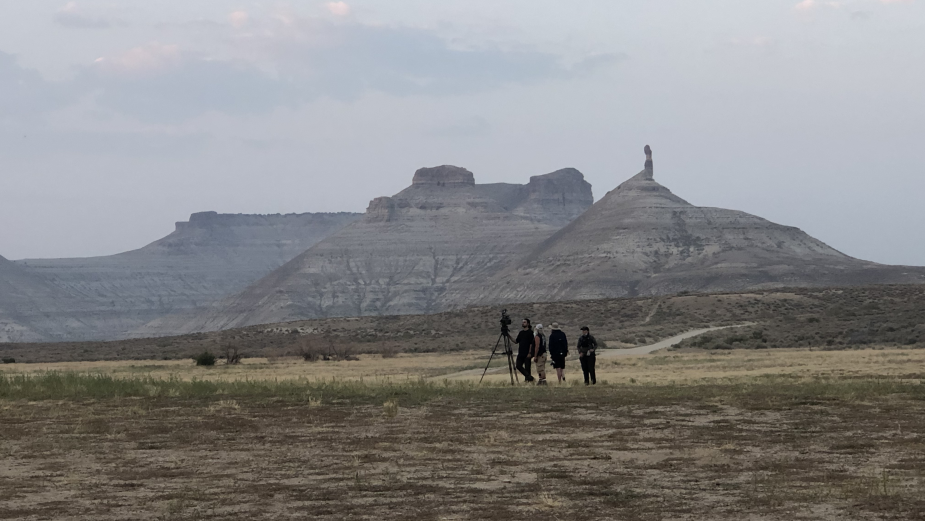 LBB> What was the most difficult challenge both of you faced? And how did you overcome it?

Ace> Originally, there was supposed to be a vignette of a mountain climber at night with a sound effect of her clipping onto a mountain top. We scouted this one particular location, but upon closer inspection, our AD noticed that at the bottom of the cliff there was a small cave with a mountain of bones and hair everywhere - a few fairly large-sized femurs and skulls. We realised the cave probably belonged to a very large nocturnal mountain lion of some sort. So, we decided to scrap that vignette and not shoot it. I think we made the right call there.

Joel> We really didn’t find there to be a difficult challenge with this project. Everyone involved was open, realistic and creatively in sync with the creative and product-oriented solutions. In this case, there were two clients to satisfy, Go RVing and MGM, and both were totally in line with each other on the objectives.

LBB> Do you have any other thoughts or memorable moments from this spot that you’d like to share?

Joel> Like virtually all of our projects, the most memorable moments come from those involved in the creation of the work. It’s a team with one singular goal in mind: make the best fucking work we can with the parameters we are given.

Ace> Me and my core crew are all best friends and have been working together for so long, so no matter the challenge or language barrier, or the gigantic shit-show presented to you at any given time, we trust each other and just figure it out. We’re shooting and problem-solving, laughing, drinking a beer at wrap and talking about the day and ways to improve things for the next. Whatever the problem is - all the pressure and anxiety or time against your back - we’re malleable. We trust each other, we have fun, we figure it out, we move on. I’m just thankful I work with people I genuinely trust and love.

Also, visit Wyoming - it’s beautiful! A whole other world out there...