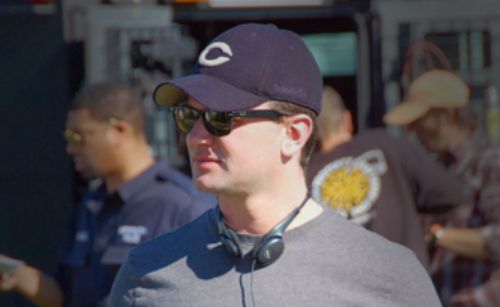 Production company Recommended today announced the signing of Scott Zabielski, director of TV series Tosh.0. Scott got his start on Tosh.0 (an American TV program hosted by comedian Daniel Tosh) as editor and producer after being noticed during his time on FOX’s “Talkshow with Spike Feresten.” The Chicago native quickly ended up in the executive producer and directors seat and has since helmed the show through five successful seasons, landing it in the number one slot of Comedy Central’s line up. His experience on Tosh.0 underlines his abilities working with comedic actors and VFX.

Scott is currently the executive producer and director for Season 6 of Tosh.0 and writing and directing Disco Sucks for State Street Pictures. He recently developed the remake of the ‘80s comedy Police Academy for New Line/Warner Bros and directed a commercial for CanadaHelps in 2001.

Prior to landing in the director’s seat at Tosh.0, Scott’s helped produce Zach Galifianakis’ VH1 TV series “Late World with Zach.” Scott later went on to edit trailers and promos for a variety of networks and studios including several high profile movies – Batman Begins, Superman and Harry Potter. He also did promos for Rescue Me and Nip/Tuck on FX, Smallville, Charmed, Reba, One Tree Hill, Dawson’s Creek and Angel and Everwood on The WB, Medium on NBC, Queer Eye for the Straight guy on Bravo, The Pickup Artist on VH1, Grey’s Anatomy on ABC and House on Fox. Additionally, Scott edited commercial work for Ford, Chevy and Axe Body Spray.

His diverse portfolio has allowed him to garner a unique skillset that specializes in a specific brand of fast-paced and intelligent. He possesses the ability to hit his stories hard and create effective and memorable moments. He draws his inspiration from the absurdity of people’s day-to-day lives and enjoys the unintentional humor of shared truths.

Growing up, Scott had a strong affinity for law enforcement and movies. He struggled with choosing between the two — so he decided to do both. After three years of training, Scott became a West Hollywood Reserve Deputy Sheriff in conjunction with his impressive entertainment career.

Scott graduated with honors and a BA in Cinema Production from the University of Southern California’s prestigious School of Cinematic Arts.