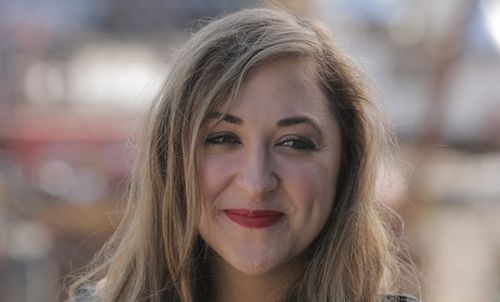 The leaders from global editorial company Cutters are very proud to announce the addition of Rebecca Smialek to their staff in the position of director of business development.  The appointment is effective immediately.

"Becky has an infectious positive energy and an incredible desire to work together to build on the strength of our presence in this market," said Mary Connolly, executive producer for Cutters.  "Her passion for the creative process and broad base of experience make her such a fantastic addition to our team - it's great to have her back in Detroit."

Most recently Rebecca held the position of VFX producer for Hectic NY, and had previously produced for Hectic NY's sister company Moondog Edit, which she joined in 2012.  While in NYC, the projects she worked on and the clients she worked with were both numerous and extraordinary, some of which included AT&T, BBW, DSW, GE, PNC Bank, Verizon, Victoria's Secret and also included the animation and VFX-intensive 14-spot launch campaign for AIO Wireless via LatinWorks.  For that particular campaign, Rebecca acted as the client liaison, VFX producer in the New York office and project manager for both Hectic NY and the Amsterdam affiliate, Hectic Electric.

Rebecca spent the previous four years as producer and rep for Sonic Union.  Originally from the Detroit area, her experiences before moving to NYC in 2008 included being an account manager and project manager for Gold Sound, and an assistant editor and graphics producer for Postique, which she joined in 2003.  "Postique is where I met Mary Connolly, Craig Duncan and the majority of the team now at Cutters Detroit, when they all were part of Griot Editorial," Rebecca said. "So this opportunity is not only an awesome new challenge for me, but it also brings me back home to my extended family and the people who were so instrumental in helping me broaden my horizons and go after new challenges.

"I'm completely thrilled to be a part of the Cutters family," she continued.  "The energy, their way of thinking, the positivity, support and equal eagerness to do well, achieve and keep moving forward by everyone is such a wonderful thing to experience and be a part of.  I can't wait to see how I can help things grow further, not only for myself, but also my team and the company as a whole.