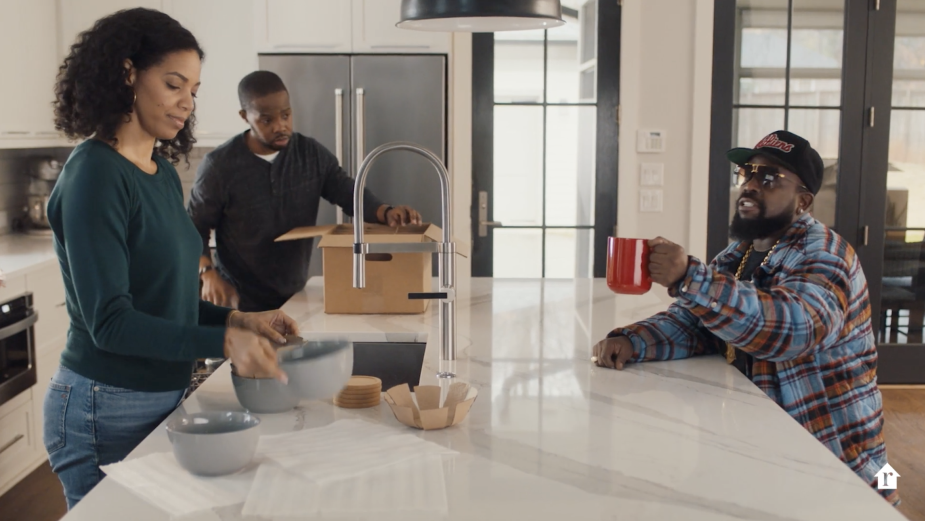 Realtor.com and creative agency Majority just announced the release of a new ad campaign, 'Our First Big Boi House', starring beloved music icon Big Boi of multi-platinum selling hip hop duo Outkast. The campaign centers around a young couple who used Realtor.com to find a home with all the features they’d been searching for. Big Boi magically appears to playfully admire the home's features – everything from the impressive finishes to the minute details. Because, as many homeowners know, it’s sometimes the little things that they’re the most proud of.

Beyond promoting Realtor.com as an open real estate marketplace with search tools to help buyers find exactly what they’re looking for, the campaign’s depiction of first-time homebuyers of color is a celebration of Black homeownership. According to the National Association of Realtors, millennial homeownership has increased significantly since 2019, with Black home buyers disproportionately contributing to this trend, leading to a surge in Black homeownership.

Mickey Neuberger, chief marketing officer at Realtor.com said: “For far too long, housing discrimination has dramatically harmed communities of color. At Realtor.com we’re passionate about helping Black homebuyers achieve the goal of homeownership, which is an important aspect of creating generational wealth. We also celebrate those who have achieved the goal of owning their own Big Boi House – we mean it when we say ‘to each their home’.”

Big Boi added, “We want to help more Black people realize the dream of homeownership by celebrating those who achieve it and providing motivation and tools for those who are hopeful.”

The campaign was developed by Majority, the minority-owned Atlanta-based creative agency co-founded by Shaquille O’Neal and Omid Farhang. “Thanks in no small part to Big Boi, Atlanta culture is hip hop culture, and hip hop culture is pop culture,” says Farhang. “Countless millions who grew up bumping Outkast are now the ones seeking their first home purchase.”

It was important to the Realtor.com team that 'Our First Big Boi House' also celebrates the creativity of people of color and was created by a racially and ethnically diverse team. It features 45, 30 and 15-second second spots, along with static digital and website takeovers. It’s set to run nationally across network TV, cable and digital throughout Q1 2022, with a media emphasis on key home buying markets.

Realtor.com has been working to break down the barriers to owning and renting that many people face because of their race, ethnicity, age, gender, religion, sexual orientation, disability, economic status or other diverse background. From examining the best way to integrate safety and other data into online search, to providing information and access to agents who have completed diversity training, to collaborating with industry stakeholders and fair housing advocates, Realtor.com® is committed to finding meaningful ways to address fair housing in our country.

The campaign was directed by Amir Farhang of Hungry Man, marking the first formal collaboration by the Farhang brothers since Majority’s founding.