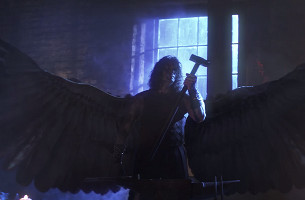 The Saul Goodman of real-life, Jamie Casino, is back with another fantastically badass Super Bowl commercial. The Savannah, Georgia-based lawyer who gained fame last year with ‘Casino’s Law’ (check that out below too), has released a 2015 version that’s as downright insane as its predecessor.

Casino is again waining war against injustice in the Georgian city and uses his own personal struggles to demonstrate so. Really, though, there are so many brilliant and bonkers parts that we could mention, but it’d be a shame to ruin the surprise. So, here goes.

The spot was created and produced by Smash House Productions.