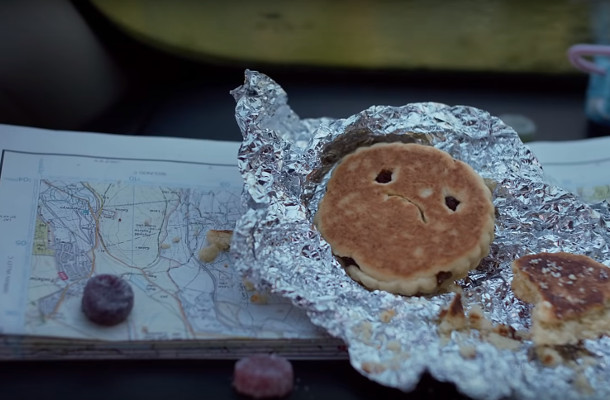 Channel 4 has launched the new TV marketing campaign for The Great British Bake Off in a roadblock across its network, promoting the show’s much-anticipated ninth series.

The film celebrates the inspirational effect that the biggest baking show on TV has on amateur bakers across the UK.

The cast of lovingly homemade treats including a chocolate hedgehog, Welsh and rainbow cakes, Yorkshire puddings, Portuguese tarts and a bread swan sing along to ‘Beautiful’ (recorded by Christina Aguilera in 2002, written and produced by Linda Perry) before a sensational showstopper is surrounded by judges and presenters Prue Leith, Paul Hollywood, Sandi Toksvig OBE and Noel Fielding. The film finishes with the voice over: ‘Let the baking season commence’.

The bakes were created by baking expert, presenter and author Juliet Sear. The voices used include gospel singers from The Kingdom Choir, who performed at this year’s royal wedding of Prince Harry and Meghan Markle.
The wider campaign will include posters and bus-sides which pay homage to the judges and presenters, who are presented as iconic showstopper bakes.
The Great British Bake Off launched in its new Channel 4 home last year and attracted an impressive average audience of nine million viewers per episode (10m for the final), rising to 10.5m with linear repeats. It was the biggest TV series of 2017 for viewers aged 16-34.
The new campaign was commissioned by Channel 4 Marketing and produced by the broadcaster’s award-winning in-house creative agency 4Creative who were behind last year’s award-winning stop-motion GBBO film which launched the debut series on Channel 4. 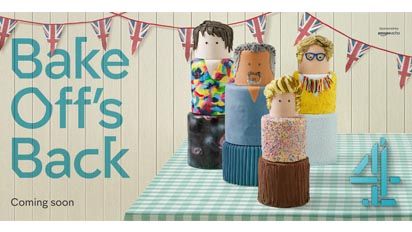